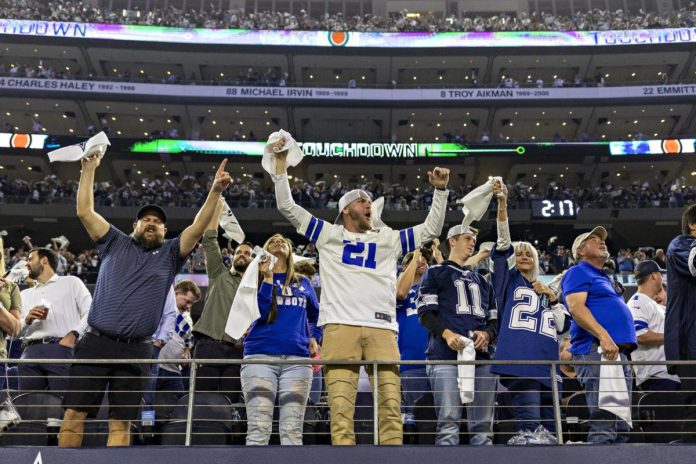 The 2022 season for the Dallas Cowboys began disastrously on Sunday night.

The Tampa Bay Buccaneers absolutely dominated the Cowboys defensively, not giving them a single touchdown in a 19-3 game.

After the game, Bucks linebacker Devin White suggested that the Dallas game was easily predictable. He said Tampa Bay’s defense was able to quickly extinguish some of the same schemes that the Cowboys offense used during last year’s season opener.

Take a look at the full quote here:

Cowboys fans are understandably upset by the seemingly predictable play of their offense.

“If I had been in charge of this organization, someone from the offensive coaching staff would have been fired after this statement,” one of them said.

“Ever since Jason Garrett was OC here, the defense has been talking about it. Please, dear lord, I want some creativity and juice in my attack. No more Moore, he’s Garrett 2.0,” said another.

The Cowboys finished Sunday night’s game with just 71 yards—52 from Ezekiel Elliott, 11 from Dak Prescott and eight from Tony Pollard. In addition to stopping the Dallas game, the Bucks defense also added four sacks and one forced interception.

The Cowboys, who will be without Prescott for at least the next 6-8 weeks, hope to bounce back in a game against the Cincinnati Bengals on Sunday.