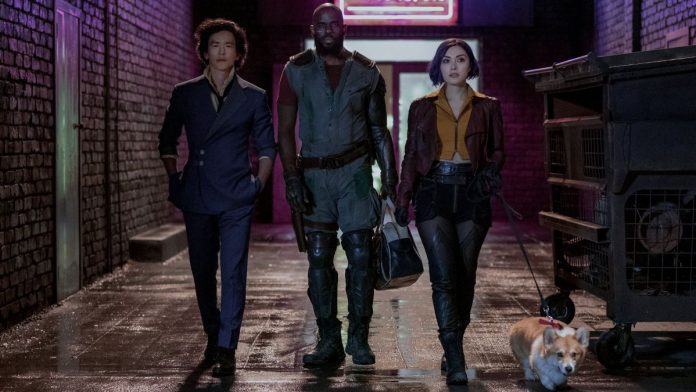 Cowboy Bebop: The platform continues to work on fiction, which has suffered numerous setbacks since it was announced, back in 2018.It hasn’t been an easy road, but Cowboy Bebop is only a few months away from its debut. This has been announced by Netflix, which has confirmed that the live action series based on the anime of the same name will arrive on the platform on November 19. As if this were not enough, the ad has been accompanied by several images that show the characters properly characterized.

John Cho plays the bounty hunter Spike Spiegel, the main protagonist and also one of the prominent figures in this first batch of images. True to the original character, Spiegel is portrayed with his classic tousled hair, not to mention the costume he usually wears in the anime. He’s not alone in the photo gallery: Mustafa Shakir (The Deuce) plays Jet Black, while Daniella Pineda (Jurassic World: Fallen Kingdom) takes on the role of Faye Valentine. Of course, there is no lack of the true star of the saga … the little dog Ein (who by the way, starred in one of the series’ spots on Neftlix). Tamara Tunie, Rachel House and Alex Hassell and Elena Satine complete the cast.

What is the series about?

Cowboy Bebop is a production of André Nemec, who acts as the showrunner of the series. Like the anime, the fiction is set in a future in which humanity has colonized other worlds and planets, since the Earth is no longer habitable. The official synopsis reads like this: “A handful of bounty hunters are dedicated to catching the most dangerous criminals in the galaxy. They will save the world, but it won’t come cheap. A series with real actors ”.

Japanese filmmaker Shinichirō Watanabe directed all 26 episodes of the series and the 2001 film. As for his role in the live-action series Cowboy Bebop, he will participate in the production as a consultant.

Dead Space Remake Will Not Be Released Anytime Soon