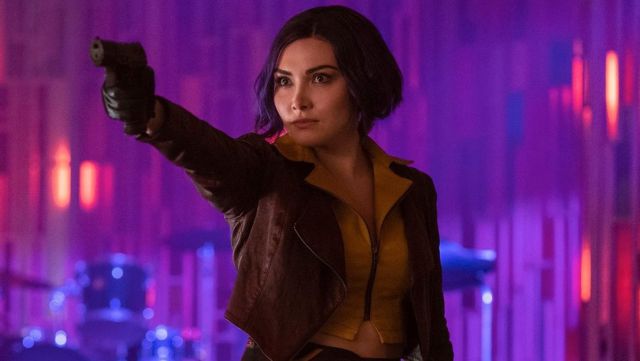 Cowboy Bebop: The actress best known for her roles in Jurassic World: Fallen Kingdom and Netflix’s most recent Cowboy Bebop is making the move to AMC’s zombie universe. Daniella Pineda, the well-known American actress of Mexican origin known for her roles in films such as Jurassic World: Fallen Kingdom or series such as Netflix’s canceled after a single season Cowboy Bebop, has signed with AMC to become part of the cast of Tales of the Walking Dead, the upcoming spin-off series of the popular television franchise The Walking Dead. This is how the Variety media picks it up exclusively, confirming the interpreter’s new role as part of the zombie universe devised by Robert Kirkman.

Tales of the Walking Dead opens this summer

Thus, Daniella Pineda, who will soon premiere her latest film Jurassic World Dominion again as the dinosaur vet Zia Rodríguez in the closing of the Jurassic World trilogy, joins the rest of the cast already announcing Tales of the Walking Dead with Terry Crews ( Brooklyn Nine-Nine), Anthony Edwards (ER), Poppy Liu (Hacks), Killian Bell (Workaholics) and Parker Posey (Lost in Space), all of them as main protagonists of the first six episodes of this new spin-off.

The first three episodes of Tales of the Walking Dead are directed by franchise veteran director Michael E. Strazemis, while the other three are directed by Tara Nicole Weyr (The Purge), Haifaa Al-Mansour (The Good Lord Bird) and Deborah Kampmeier (Clarice).

Sadie’s drawing of a Red Dead Redemption 2 fan looks like...