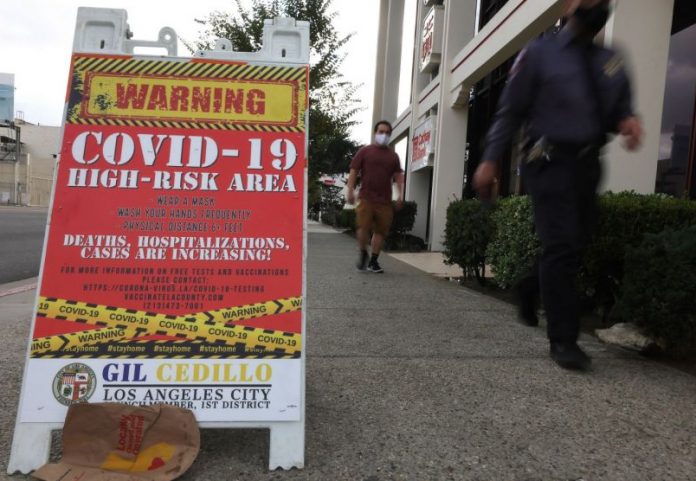 The first cases of the South African variant were found in two South Carolinians who had not traveled.

The United States reported the first two cases of the COVID-19 variant found in South Africa, both in the state of South Carolina, right in the middle of the worst wave of deaths from the disease.

State public health officials said there are almost certainly more infections from this variant that have not yet been identified, as none of those infected have a recent travel history.

In the case of other COVID-19 variants found in the United States, this has been identified as a sign that the virus has already been spreading from person to person.

The two cases of the South African variant were found in adults who reside in two different parts of the state and do not appear to be related to each other, the AP news agency reported.

Both people had a PCR test in early January and are no longer contagious. The first case was confirmed yesterday by the Centers for Disease Control (CDC) in the United States, and the other a few days ago while the state’s public health laboratory analyzed samples, according to CNN.

The CDC said in a statement that they were already aware of the presence of this variant of coronavirus, although there is currently no evidence that it causes a more severe or deadly COVID-19.

Continue the battle against variants of COVID-19

The arrival of the variant shows that “the fight against this deadly virus is far from over,” Dr. Brannon Traxler, South Carolina acting director of public health, said in a statement.

“While there are more COVID-19 vaccines on the way, supplies are still limited. Each of us must recommit to the fight, recognizing that we are all on the front lines now. We are all in this together.”

Recently, Somagnews shared with the public information about a possible negative effect of a specific mutation of the variant found in South Africa that could reduce the functioning of vaccines against COVID-19.

The mutation called E484K had already been registered in at least 12 countries and there is a possibility that, combined with other mutations in the genetics of the virus, it could become the most powerful and difficult to control.

In addition to the United States, the South African variant has already been identified in more than 30 countries around the world.