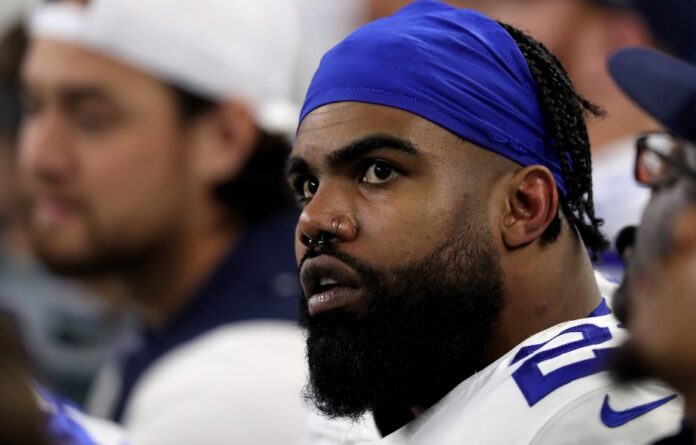 Elliott agent Rocky Arceneaux told the NFL Network that Elliott is feeling well and recovering. Arceneaux did not immediately respond to messages asking for comment, but someone with knowledge of the diagnosis told the Associated Press that Elliott received the positive test result about a week ago and that he could be described as symptomatic.

The individual spoke on condition of anonymity because he was not authorized to publicly discuss Elliott’s diagnosis.

Several players have released their diagnosis, including star player Von Miller of the Denver Broncos. Los Angeles Rams center Brian Allen was the first to publicly admit to having tested positive on April 15.

Elliott, 24, has led the NFL for ground wins twice in his first four seasons. He missed the entire training camp last year due to a contract dispute. He finally agreed to a six-year extension worth 90 million days before the start of the season.

Only players who are in rehabilitation following an injury are allowed inside the team’s facilities during pandemic containment. Elliott is therefore not one of them.

The NFL is in the process of establishing protocols for the return of players, including what would happen if they test positive, but there is no timetable for their return. Training camps are expected to start in just over a month.