Home Sport Courtois and the march of Keylor Navas of Real Madrid: “It does... 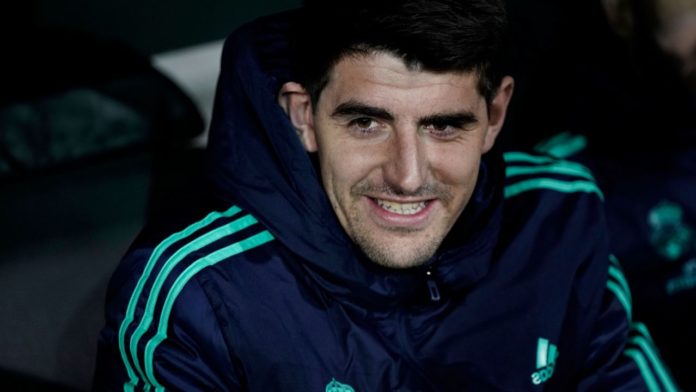 Thibaut Courtois has analyzed the actuality of Real Madrid in an extensive interview and has talked about how he lived the competition with Keylor Navas and the exit of the goalkeeper to the PSG this past summer.

“In the end it is like in life. With some you have more relationship and you talk more. He was a partner and there was always a good deal between them. It has not helped me the fact that he is no longer there. I think it is more that there is no longer that debate from the outside, because from the inside we were two goalkeepers that we trained well competing, as now with Areola who is a magnificent goalkeeper. Then the requirement for me, day by day, has not changed, but there seems to be less debate outside, “said Marca.

Your improvement
“I think that at the beginning, in matches like Celta, we did good performances. I remember two important stops when we were 10, that we won the game … In the League there was not much problem, but maybe it was more the Paris match the problem increased the fuss, but I have always been calm and calm, because I know how I train and that my day to day is good I was sure that, in the end, things would end up going out now I am happy but not relaxed because I want to fight to win the League, the Champions League, the Cup … ”

The controversies with Bale
“Look, as a partner I have no doubt. At the beginning of the season we talked to him together with the coach and we each put a phrase about what we could give the team and what we wanted each. Almost everyone put the best of self to help the group Gareth does everything to win the matches, then they always go with him with the same thing: golf, language … I want to see him go out and give an interview in Spanish, because he speaks it very well in the a dressing room with many classmates and he understands it very well. But it is his business if he prefers to speak English, the only thing would be for people not to continue saying those things and see that yes, that he is very dedicated. ”

Zidane
“He is a coach who has the whole team very motivated. It is very important, it involves the whole team and he also knows how to motivate very well. We all listen very carefully and where he has walked, Madrid has won all the trophies, so I hope also win a lot this season. ”

The City of Guardiola in the Champions League
“I think it’s more of a rivalry that the fans have. For the players it is more to focus on the game and be focused to give the fans a joy. It is clear that Guardiola is a great coach and that his past in the stadium will be remembered” .

Hazard Expectations
“Now a little better. He was a little … well, I wouldn’t say sad, but he was feeling very good on the pitch and the tuning with Karim was great. They were in every great game and we could have done a lot of damage with him in these games that we have missed that goal. Now he will really want to come back, he was already doing more things and I do not know when he will arrive, that is a thing of his recovery. It is normal because he is a player who looks forward to it. , you can’t just look at goals and assists. If you don’t score 20 goals it seems that it’s not right, but he contributes that other teammates score more, even if he doesn’t give the last pass, but he makes two dribbles that enables a play that ends in goal. It brings a lot. It creates danger and gives the feeling all the time that something can happen, and that weighs on the other teams. ”

His past at Atlético
“Much of the goalkeeper that I am today is thanks to my time at Atlético. The decision I made at Genk to go to Atlético was the best I could take. And that I had a lot of pressure, but I felt I was on my roof there, and I wanted to grow up. I wanted to go to a place where they were going to demand more from me and I think I grew up a lot as a doorman and as a person. I lived only in another country, without speaking the language and now I am almost Spanish. Those are things that happen with 21. Sometimes you go a little without thinking too much things, we had sung it on the bus and then, in the middle of a celebration, what happens happens, you put a mike and end up doing things that you later regret and you know you were wrong. “

Everton: the amount that Besiktas is ready to pay for Dele...