Home Sport Courtois: “I don’t doubt myself; there are people who like to talk” 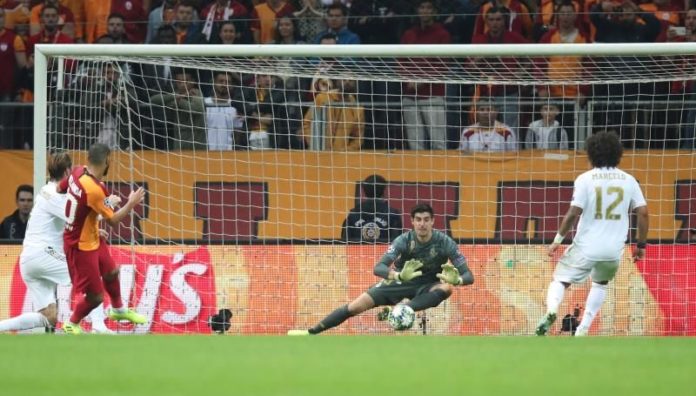 Thibaut Courtois, Belgian Real Madrid goalkeeper, was reinforced by Ali Sami Yen for leaving his goal to zero after making three saving saves, after which he said he does not doubt himself and is aware of the requirement of the club in which he is , where “there are people who like to talk”.

“I know the goalkeeper that I am, I never doubt myself. We already know where we are and there are people who like to talk but I am only interested in the constructive criticism of my teammates and the coach,” Movistar said.

Above the personal, Courtois was left with the reaction of the team. “Today was an important match to gain oxygen in a stadium with a lot of atmosphere where they squeeze a lot. We were very attentive from the beginning, although they had chances that I stopped well, it was a round trip, in the second part we controlled more.”

The Madrid goalkeeper stressed that all players were “very motivated” to sign a reaction in the Champions League. “These parties with ambience force to be tight to win the game and we have put the intensity that we have to put every day. So we will win many games.”

And he only regretted the lack of punch to sentence the duel. “At the end of the game I saw on the screen that there were 14 or 15 shots on goal. These are occasions that could end in goal and we get a little complicated in that aspect but we are happy because we won although we could score the second goal.”

“We have to follow our line, working this week, recovering injured players for the game against Leganés when we started with four games in two weeks,” he added.

Finally, it was clear when talking about the classic and his wish that it had not been postponed. “I always like to play those games. I would have liked to play but it is a decision and you never know if it suits you or not to play it. All players always want to play a classic and if it were better tomorrow.”