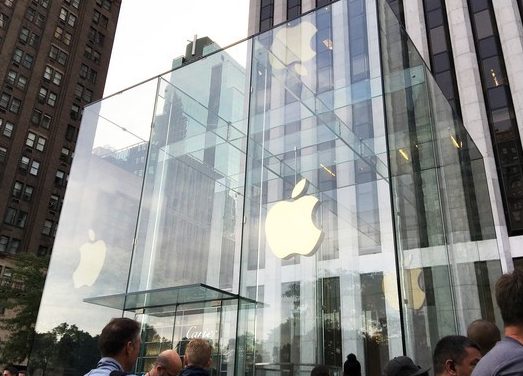 Apple lost its patent war with VirnetX. The U.S. Supreme Court has ruled the hearing between the two companies. Apple was ordered to pay the company $ 440 million.

The patent dispute between Apple and another US-based technology company VirnetX has been resolved. The U.S. Supreme Court found Apple unfair. Apple was sentenced to VirnetX $ 440 million (approximately $ 2.7 billion) for the patent infringement application rejected .

Apple was accused of using VPN-related patents when creating the FaceTime app. The court ruled that the company would pay $ 302 million (approximately $ 1.82 billion) to VirnetX in 2016 . Reviewing the situation, the court board decided to increase this amount to 440 million dollars.

‘Patent wars’ between Apple and VirnetX:

According to Reuters, what happened dates back to 2010. Nevada-based VirnetX sued Apple in federal court for violating four patents on secure networks and secure communications links known as virtual private networks .

Since then, Apple and other companies have asked the U.S. Patent and Trademark Office Court to examine the validity of VirnetX patents. The court revoked key parts of the patents in question.

In the decisions made last year, the court of appeals stopped the decision to revoke those parts of patents. Thus, VirnetX is one step closer to earning financially from Apple.

Apple has appealed to the Supreme Court, arguing that damages must be recalculated, as the special patents that VirnetX accused of infringing on FaceTime have almost disappeared.

In one court, Apple described the appeal court’s refusal as ‘legally wrong and extremely unfair’. The company also said the lower courts allow compensation claims far beyond the value of VirnetX .

A statement came from the VirnetX front. Nevada-based technology company, relating to patent fight with Apple “jury and the Federal Court was valid years ago and the decision to cancel since then, it supports all compensation” he said.