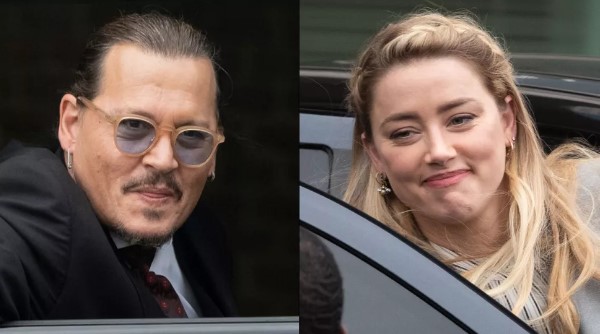 Both Amber Heard and Johnny Depp have filed appeals in connection with the defamation trial.

There are celebrity lawsuits, and there is a long legal battle between Johnny Depp and Amber Heard. The situation became especially heated this year when they clashed in the courts of Virginia, where both actors sued each other for defamation. And some court documents showed Hurd trying to appeal the verdict of libel.

The verdict in the libel case was handed down a few months ago: Amber Heard was found guilty on three counts, and Depp — on one. Both actors have since filed appeals, and the Aquaman actress’ team has been trying to get her out of the whopping $10 million she was ordered to pay to her ex-husband. And court documents obtained by The Independent reveal various grounds Heard is trying to use to overturn the decision. This includes the fact that both sides have won cases that her legal team claims are “inherently and irreconcilably contradictory.”

While Johnny Depp was more of a winner in court, he was eventually found guilty on his own libel charges. And, probably for this reason, the “Pirates of the Caribbean” actor also filed his own appeal against the verdict. So the case still seems very much alive.

Another argument put forward in the new court dates is that Johnny Depp’s libel case in the UK should have been taken into account in court proceedings in the states. Amber Heard shared these feelings for the first time after the verdict of defamation was announced, as Depp actually lost his lawsuit across the ocean. He sued The Sun for calling him a “wife beater,” and the courts eventually ruled against the actor.

Finally, the appeal of Amber Heard’s lawyers is also directed against the foundation of Johnny Depp’s case as a whole. He is suing because of the actress’ infamous article from 2018, in which she described herself as a victim of domestic violence, but did not name her ex. So it’s obvious that Hurd’s lawyers have a variety of strategies that can influence the reversal of the verdict.

Of course, it remains to be seen how successful this appeal will ultimately prove to be. And while we know more about Amber Heard’s strategy, the public is in the dark about how Johnny Depp’s own legal team is appealing. Despite this, it is clear that the litigation between the two actors is far from over, despite the months of lull after the verdict.

Johnny Depp seems to be returning to professional life lately, returning to advertising Dior Sauvage, starring in a new film, touring as a musician and even starting to work as a director. As for Amber Heard, she is expected to appear in Aquaman 2, although there have been reports that her role in the sequel has been cut. In the meantime, check out the movie’s release dates in 2022 to plan your next movie.

Rihanna really hit on by her model friend Cara Delevingne?