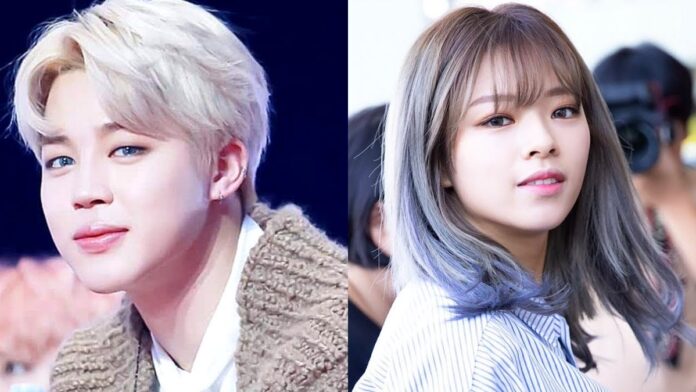 Are BTS’s Jimin and TWICE’s Jeongyeon dating? According to fans of both K-Pop groups, this could be possible.

After various clips of Jimin and Jeongyeon seemingly interacting went viral, fans of both idols began linking them up. In these clips, it seems like the idols can’t bear to be in the same room together.

In one of the clips, Jimin appears to be staring at Jeongyeon when she starts singing along with BTS. It is worth mentioning that these clips are from the Korean show ‘Music Bank’ where BTS and TWICE were together backstage promoting each other’s songs.

While the other TWICE girls looked excited, Jeongyeon didn’t seem inspired and didn’t smile when BTS appeared. Then, in the clips doing the rounds, Jimin looked at Jeongyeon as the TWICE star, who remained silent, showed no interest in Jimin.

This led the fandoms to conclude that they are dating or having problems. Also, as the show progressed and BTS appeared on the television screen, all of the TWICE members smiled except Jeongyeon. She didn’t even look at the TV screen while Jimin was on it.

Jeongyeon’s flat and disinterested expression led to more rumors. Another moment that caught the attention of fans was when the members of the two groups greeted each other. They each faced and greeted the other, but when Jeongyeon looked at Jimin, he walked past him and didn’t bow.

This made the fans even more curious. Throughout the show, Jimin and Jeongyeon were seen making eye contact multiple times. Fans even noticed that the two stars were quick to look away each time their eyes met and each time they clashed.

Later in the show, when the two groups sat down and Jimin sat behind Jeongyeon, she immediately moved to another location. While many of these incidents point to some kind of animosity between the two, there are occurrences that suggest that Jimin and Jeongyeon share a friendly relationship.

For example, during the show, Jimin, when asked to draw, drew a dog character in a military outfit that fans thought looked like Jeongyeon. She was also seen making eye contact and smiling at Jimin.

This moment passed quickly before the two stars began to act as if nothing had happened. As we’ve already mentioned in Somagnews, these types of rumors are always latent in the K-Pop world, so it shouldn’t surprise us at all. 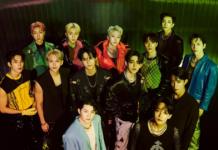 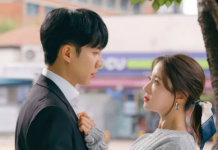 Former lawyer Jeffrey Dahmer, a survivor, tells how traumatic the experience was after repeated visits to the Netflix series