Home Music News Country singer Loretta Lynn has died at the age of 90. 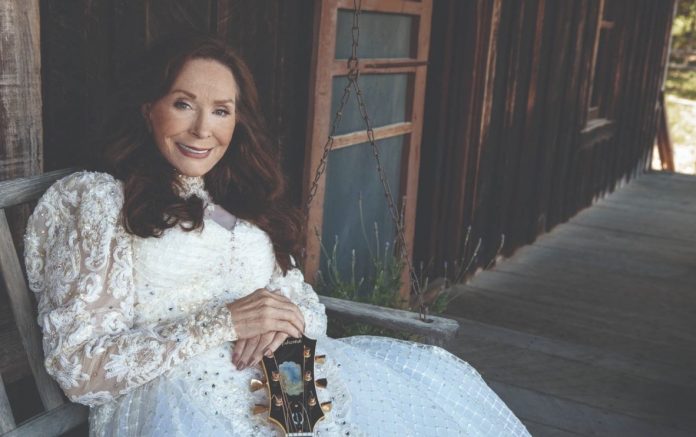 The star was famous for hits such as ‘You Ain’t Woman Enough’, ‘The Pill’ and ‘Honky Tonk Girl’

The star, famous for such hits as “You Ain’t Woman Enough”, “The Pill”, “Don’t Come Home A Drinkin” (With Lovin’ On Your Mind) and “Honky Tonk Girl”, has died. this morning (October 4), according to her family’s statement.

“Our precious mom, Loretta Lynn, passed away peacefully this morning, October 4, in her sleep at home on her beloved ranch in Hurricane Mills,” they wrote.

Over the years, she has recorded 60 albums, the last of which was last year’s “Still Woman Enough”, and has topped the US country charts 16 times. She has also sold over 45 million records worldwide.

She has been nominated for 18 Grammy Awards, of which she has won three, including the Lifetime Achievement Award in 2010 and her most recent win in 2019.

In 2004, Lynn teamed up with Jack White, who produced her album “Van Lear Rose”, which at the time became her most successful album on the US charts, before she topped it with her highest-charting album of 2016. ‘Full circle’.

In 2013, Barack Obama awarded her the Presidential Medal of Freedom.

Born Loretta Webb in a one-room rural Kentucky cabin in 1932, the star was one of eight siblings and the daughter of a miner, which led to her signature 1970s song “Miner’s Daughter.”

Lynn married her husband Oliver “Doolittle” Lynn when she was 15, and they were together until his death in 1996. It was he who inspired her to sing professionally and helped advance her early career.

They had six children together; the eldest, Betty Sue and Jack, died in 2013 and 1984 respectively.

Lynn is survived by four other children: Ernie, Sissy and twins Peggy and Patsy.

Reviewing her latest album, NME awarded it four stars and said that Lynn continues to “explore themes that she first touched on in the 1960s – themes of the innate strength and abilities of women.”

The Neighborhood broke off their relationship with drummer Brandon Fried after...