Almost week in and week out we also tell you, alert and report on cases of attempted scams using techniques such as Phishing, either through fraudulent emails or messages in popular apps like WhatsApp. It is a plague, a constant that looks for new victims to get money from online.

But the worst thing is to find out the attractiveness that Spain has in SPAM campaigns. A role that has led it to lead a list as the country that receives the most attacks with this type of malicious emails.

According to the Spanish CCN-CERT, the National Cryptological Center, “Unsolicited emails are usually called spam, divided into three categories:

Conventional spam
It is often used to advertise products or services, as well as in fraud attempts

Used by threat agents to infect recipients’ systems with malicious code. Malware can be in an email attachment or indirectly introduced through a link in the body of the email or in attachments. This link leads to the malware or to a website containing drive-b exploits

Encourage users to submit information, such as logging into websites controlled by threat agents 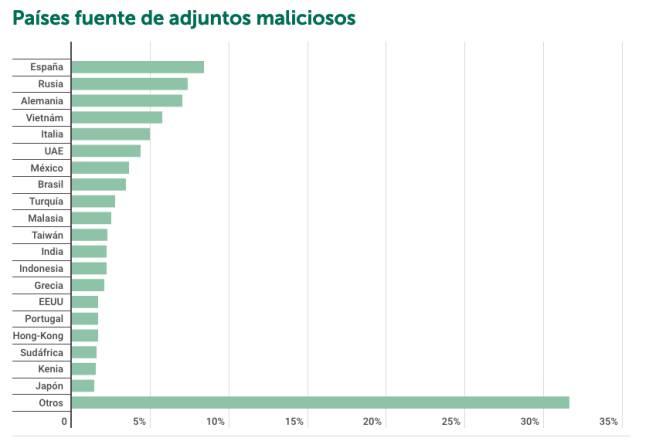 And guess what? It turns out that Spain has once again placed itself in the first position in the world among the countries that receive the most ‘phishing’ emails or with dangerous content… Spain remains in the first world position in dangerous emails received during the second quarter.

According to data from a Kaspersky investigation among users of its security products, Spain was already the country that received the most dangerous emails during the first quarter, and 9.66% of the ‘malware’ found reached users’ inboxes Spanish people. Now, the company’s analysis of ‘spam’ and ‘phishing’ for the second quarter of 2020 continues to place Spain with 8.38% of all attacks as the main recipient of dangerous emails, with malicious attachments or links to phishing sites.

BTS reveals their look changes for their next comeback

The Evil of the Venom 2 Movie ‘Cletus Kasady’ Appeared For...

This is how Yeonjun feels when Jimin calls TXT with this...

IFA 2020: Realme confirms its participation in the event

New Batman characters on the way for Fortnite players