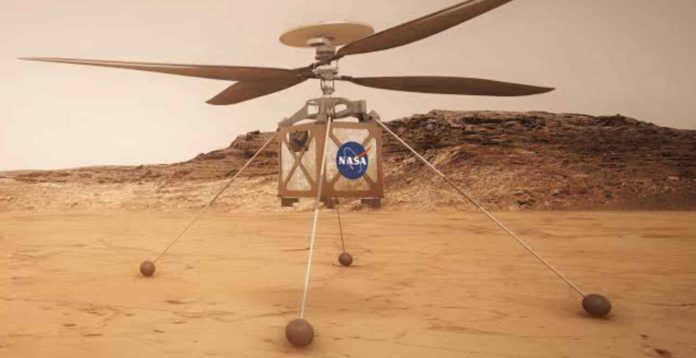 NASA has completed work on Mars rover Perseverance. Finally, the Mars helicopter work, which is expected to be used with Perseverance, was also successfully terminated. The countdown has begun for NASA’s new Mars work.

NASA completes Mars helicopter operation with Perseverance
It is about the Mars helicopter, which has been tested for a while now. After successful successive tests, the stage of working with Perseverance has also been completed. Finally, assembly processes have been left behind. The new Mars vehicle is planned to be sent to Mars by August 5, 2020 at the latest.

It is also worth noting that no disruption is expected in the calendar at the moment. So far, NASA has managed to get pretty good results with Mars travelers. It is a great curiosity how to get results with the aircraft on Mars.

NASA will start Mars work from the moment Perseverance lands. However, it will take a while for the helicopter to be active. According to the explanations, the newly developed Mars helicopter will move the Martian work to a different shape for 30 days after leaving the landing area.

For now, all work has been translated into launch. NASA’s work will accelerate to be sent at the scheduled time. In this process, new information will continue to be shared.

See Also
The Solar System Is Protected From Cosmic Radiation

Tether Blocks $ 300K USDT and Delivers it to the State

Bitcoin Could Enter A New Era Of “Madness” After Halving

Tesla Shares Heading Towards $ 2,000 Ahead Of Split

WHO: Example Country in Combating Coronavirus