Home Tech Countdown in Journey to the Moon 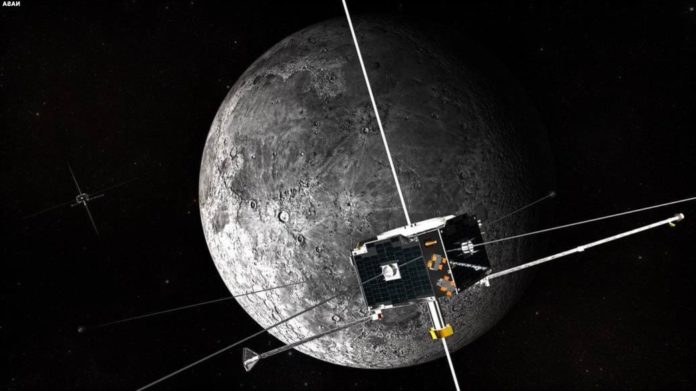 Last Tuesday was the last day for the aerospace industry to submit NASA’s landing systems offer to NASA.On December 14, 1972, after Apolo 17 took off from the Moon surface, no one went to the Moon again. This was the end of the process that began in July 1969, when Neil Armstrong set foot on the moon, holding the breath of the world.

NASA is looking not only backwards, but also on its 50th Anniversary.

But the first stop on Mars is the Moon.

Exploring the moon and practicing life at certain time intervals in the late 2020s is a practical space for learning to live on Mars in the 2010s.

NASA spokeswoman Cherly Warner told the Voice of America: On the surface of the Moon, we will learn the information we need to go to Mars, how to live, how to work on the surface, how to develop technologies. This may take 3 years on and off. ”

NASA called the Apollo mission in the 1960s. The name of the Moon program in the 21st century is Artemis.

NASA needs to develop a completely new landing system for Artemis. The development of Saturn rockets used in the Apollo mission is still underway at NASA. NASA developed a new space suit last month. Discussions on the development of the uniform system are still in progress with Canada, Japan and Australia. Because NASA states that Artemis will be international and commercial partners.

The questions that people ask in 1969 are still on the agenda these days, why the Moon? Why invest in climate change and poverty alleviation?

Art Harman, chairman of the Manned Space Discovery Rescue Coalition, says this in one word: water, which was found in craters in the southern and northern poles 15 years ago.

Harman states that there is enough frozen water to support humanity, and says: The water you drink, the oxygen you breathe, the hydrogen and oxygen for the rocket fuel, and all the minerals in the Earth are on the moon.

The moon also offers an important tool to combat global warming. Harman states that there are deposits of helium-3 gas, which is rare in the world. Cleaning of Helium-3 non-radioactive nuclear fusion reactors can be effective in making them safe and reduce dependence on fossil fuels.

Harman points out that China has already announced that it wants to bring helium-3. A Chinese spacecraft landed on the dark side of the Moon in January, and Beijing wants to send Chinese astronauts to the Moon by the end of 2020.

When they talk about space, they seem to talk about the South China Sea, so they see space as something to capture and their own land, says Art Harman.

Harman also notes that the US and China have large military radar designs to deploy to the Moon, which can detect all military events in the world.

Beijing, on the other hand, states that its interest in space is purely economic.

NASA’s Cheryl Warner says that for the time being, Americans in particular want students to feel the excitement of returning to space in the 1960s.

Warner reminds us of the impact of the Apollo program on the cultural field and that it contributes to the development of technology and mathematics. Warner says they expect the same from the Artemis program.

A Deepfake Method Developed to Transfer Any Voice Recording to Other...