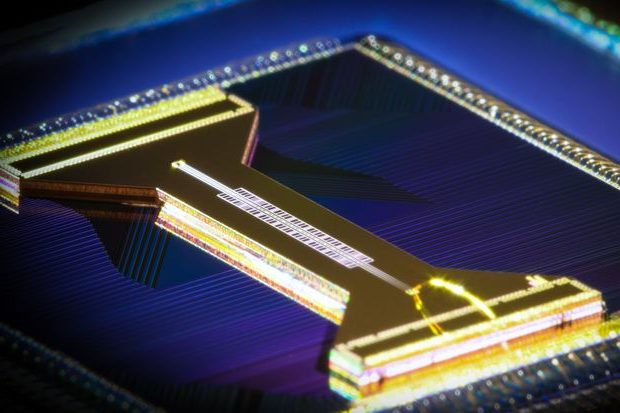 When it comes to quantum computing, global technology giants like Google, IBM and Microsoft come to mind first. Now we are getting ready to write a new name among these companies. Providing many commercial and consumer products, engineering services, and aerospace systems to customers of different types, from large companies to governments, the American company Honeywell has announced that it will launch the most powerful quantum computer ever.

Expressing that it has made strategic investments in quantum software and algorithm initiatives Cambridge Quantum Computing (CQC) and Zapata Computing in line with this goal, the company announced that it has also partnered with industry leader Microsoft Azure Quantum in the field of quantum computing services.

Honeywell claims to have managed to reach at least 64 quantum volumes. When we think that IBM sees only 32 quantum volumes on its quantum computers, this value gets much greater meaning. Honeywell’s quantum computer uses a technology called ion traps. In this way, Honeywell, which keeps the charged atoms overlapping, says that he can pause the quantum computation and restart it differently depending on the results.

Last year, Google announced that it achieved “quantum supremacy” with 53 cubic quantum computers. For those who do not know, quantum superiority is the ability of quantum computers to solve problems that ordinary computers cannot. Offering a completely new way of processing data, quantum supremacy can even lead to the emergence of a brand new type of computer in the near future. It is a matter of curiosity how Honeywell’s new quantum computer, which will be revealed a few months later, will cause a revolution in the industry.

Fraud case from the Bitcoin exchange to the wallet company

Microsoft is also involved in the Epic and Apple war!

Seven games to play with children during coronavirus quarantine