Home Celebrity What you couldn’t see from Daechwita’s MV 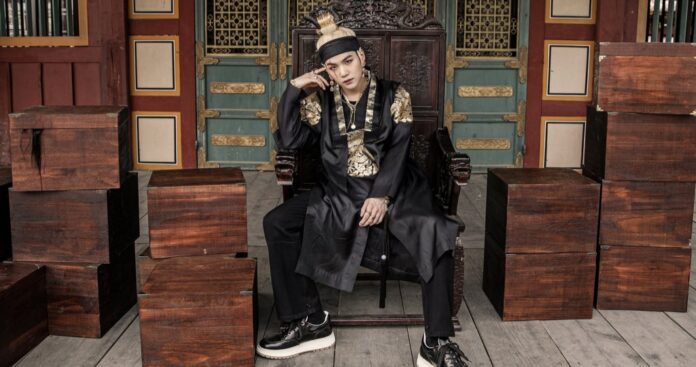 Agust D 2 was finally releasing a couple of days ago, breaking some records and demonstrating the talent and rawness in Suga’s rhymes.

The idol has received a lot of support from some celebrities and his peers, such as Jin and Jungkook, who had a comical fight in the “Daechwita” MV, but it seems that he had other plans for their participation.

BTS revealed the behind the scenes of the filming, Jin and Kookie weren’t going to “fight” in the first place, there were other ideas that couldn’t get out in the final shots and that you couldn’t see in the MV. In the original scene, Jin accidentally hits Jungkook, causing the altercation.

The images that did not come to light were about both dancing with Suga while he rapped the lyrics, following the rhythm of the song and demonstrating the flow that “Daechwita” has.

In the end, they decided on the funniest scene, supporting their partner with the release of their second material. Suga also revealed that he practiced with the sword to have more natural movements.

Cardi B, politician? She receives support from Bernie Sanders!