Home Celebrity Could Jenny have played Euphoria? So the rumors started 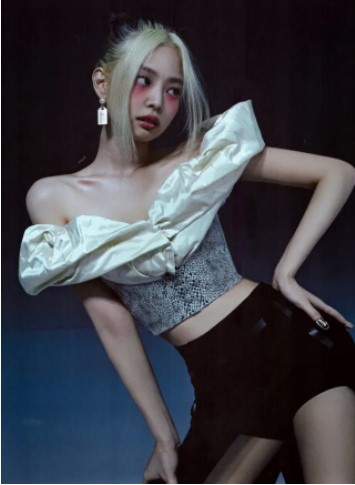 One of the idols that has attracted the most attention in the West is Jenny from BLACKPINK. It is popular not only with fans, but also with celebrities. So many fans want to see her in the American series, and HBO does not miss the opportunity to please fans on Twitter.

Recently, rumors about Jenny and a possible appearance in Euphoria, one of the most popular series on HBO, appeared on Twitter. The rumors are related to the fact that the producer’s official account responds to messages linking Jenny to Euphoria. Will this be a sign?

Jenny from BLACKPINK is very popular all over the world. Besides being an ambassador for various clothing brands, she has also won the hearts of many celebrities. To such an extent that major producers have set their eyes on her.

any fans began to suspect that the singer will appear in the new season of “Euphoria”. The artist was seen with some of the actors of the series, in addition, the official HBO networks left mysterious messages about it.

JENNY GETS HBO’S ATTENTION ON Twitter, WILL WE SEE HER EUPHORIC?

Some Twitter users shared photos of Jenny from BLACKPINK appearing in an episode of Euphoria. To many fans, the singer gives an accurate idea of the popular series.

To the surprise of many, the HBO account responded to several of these tweets with messages such as “the duo we all need,” “she should finish off Nate Jacobs,” and “I’m here for that.” Leading many fans to suspect that perhaps their answers are related to the fact that Jenny is confirmed for the new season. Here are some of the tweets in which the account interacted.

Similarly, Jenny crossed the word with some of the cast members of Euphoria. At the Chanel event, Jenny met one of the Euphoria participants, so fans wondered if they were already friends or knew each other, and HBO raised suspicions by responding to a tweet: “Wait, I’m here for that.”

Without a doubt, the appearance of Jenny in “Euphoria” is something that many fans are looking forward to. Would you like to see Jenny in Euphoria?

From other news: Aespa appeared at the Coachella Festival with a new single in English. Did you hear that?