Home Entertainment Corsair Says That The Strange Behavior of The K100 Keyboard Is a... 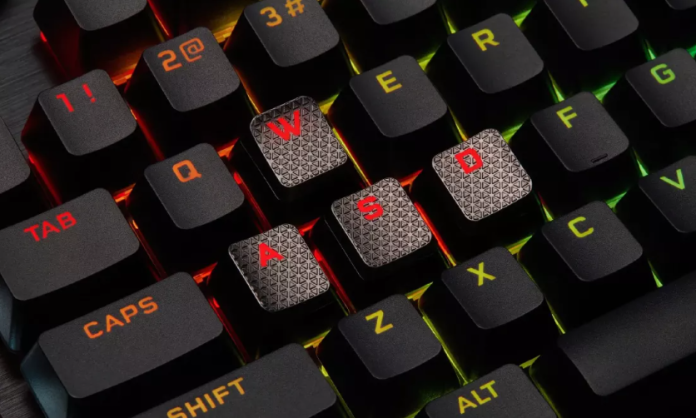 Hot question: Some users have reported a strange problem with their Corsair keyboards, which started behaving like reverse keyloggers. Instead of silently registering keystrokes, chunks of text written a few days before suddenly reappear on the screen. According to Corsair, this is definitely a bug, not a “secret” keylogging feature.

Corsair Gaming is having some kind of privacy nightmare right now. Owners of the Corsair K100, an expensive mechanical keyboard designed for gamers, are equipped with several “additional” functions, but users report that their peripherals have started behaving like a strangely faulty keylogger device.

The first problems with the K100 were reported on the official Corsair forum in August, and the last ones appeared just a few hours ago. The very first affected user said that his K100 keyboard “started randomly typing on its own” when the device was connected to a MacBook Pro. “It usually seems like it’s typing messages I’ve previously typed” on a gaming PC, the user said, and it didn’t stop until the keyboard was unplugged and then plugged back in.

Other users joined the thread, stating that they had a very similar experience. One user said that K100 copied fragments of text previously written in a “very confidential email” when the PC was in safe mode. Another person complained that his keyboard itself “wrote” more than 100 letters.

One user noted that he does not use Corsair iCUE gaming software to program keyboard behavior, so a “function” similar to keyboard registration seems to be related to the hardware. Some customers feared that they had been hacked by unknown malicious software, but according to Corsair, “there is no hardware function on the keyboard that would work as a keylogger.”

Like many other high-quality keyboards, the K100 has the ability to create “macros” by recording input data, but, as Corsair assures, this option depends entirely on the user. “The macro function may inadvertently enable and record keyboard input and possibly mouse input,” a Corsair spokesperson said, and these macros are then “triggered and replay input at a later time and misinterpreted as keylogging.”

The company said it had received only a “small number” of complaints compared to the “tens of thousands” of units sold to date. While still investigating the “exact nature” of the problem, Corsair recently released a new firmware update that seems to solve the keyboard registration issue, but users complained about the fact that the update also caused other problems.

Corsair stated that any affected user should contact the company’s support service and try to reboot the K100 by disconnecting it from the network and then holding the Esc key for five seconds (when reconnecting). “Corsair takes customer data privacy very seriously,” the representative added, and even if it affects one user, they will “take action quickly to resolve the issue.”

Eyes in the Dark: The Curious Case of One Interview with...