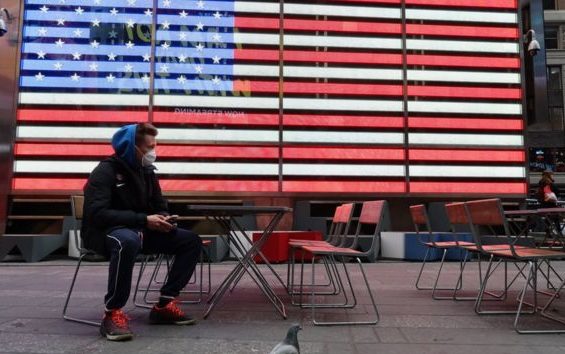 In the U.S., the number of people affected by the coronavirus epidemic has exceeded the 100,000 limit, and nothing is heard from the ambulance sound in New York.

In the coronavirus cases, the USA, which has become the country where the epidemic has spread the most by leaving Italy and China behind, wakes up day by day with a worse picture, and the numbers are increasingly worrying.

Almost half of this record figure is in New York and has exceeded 45 thousand as of March 27, 2020, New York will enter next week with figures exceeding 50 thousand unless the pace of the epidemic has slowed down.

In New York, which has become the center of the epidemic, the queues in front of the hospitals are getting longer and health workers have a great shortage of equipment and materials to protect themselves.

The masks that doctors and nurses use are sometimes given daily, sometimes weekly, and are told to be washed and reused.

The insufficiency of artificial respiration devices in hospitals is another problem and is reported by healthcare professionals in the bulletins of news channels broadcasting from New York, where doctors had to choose among patients and started to have psychologically difficult days, as in Italy.

In addition, the Notify NYC application, where all New Yorkers follow the latest developments and the warnings in the city, receive warnings of ‘Stay at home, please do not go out even if you are not sick’ throughout the day.

In every statement, Cuomo announces the needs list of the city and its healthcare professionals and the New York health system and how the city is, and thanks to the list of famous names such as Rihanna and Elon Musk, and those who donated artificial respirators to the city, and the manufacturers that made mask production. 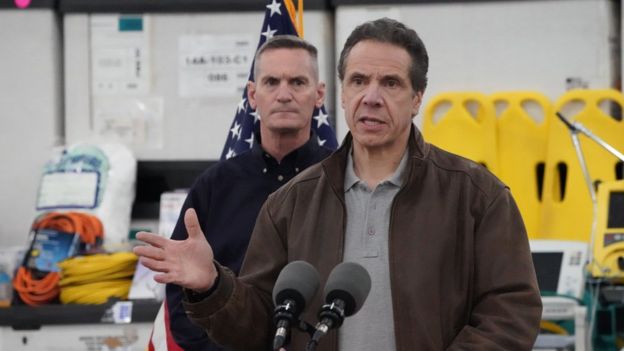 The fact that Governor Cuomo, which has become increasingly popular in New York, known for all these insufficiencies and the weakness of the health system, had to leave large hospitals in New York without a budget and to close, is another problem that a few minorities speak.

The CuomoforPresident tag, which was opened on Twitter, seems to have made Cuomo a country-wide epidemic star, thanks to the political memory of the world.

In addition to all this, a situation that seems a little good news in this pessimistic picture is that the field hospital, which was established in Javits Center, the biggest exhibition center of New York, will start accepting patients starting Monday.

The capacity of the hospital established here is 1000 beds. 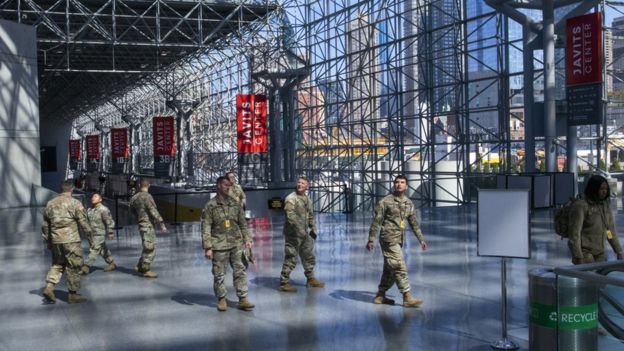 On the other hand, waiting time in Coronavirus Hotline, which is opened in New York for people who are affected by the epidemic and people who think that they have the symptoms of the disease, it is necessary to wait for hours on the phone in order to meet with a psychiatrist or a counselor in the service where those who are psychologically affected and need help. .

On the 22nd of March, after the bars and restaurants closed their doors to customers, the sales of arms increased by 450 percent, and gun sales also exploded.

While looting is expected in the city, the news comes from the big brands such as Chanel, Chloe, Sephora, who took all the goods inside their shops in the most popular tourist area of ​​the city, 5th Avenue and Soho, and protect their shops’ doors and windows in such a way that they cannot be broken.

Governor Cuomo says that more difficult days await the city in April and May.

The most important development of the last day of the week is the $ 2.2 trillion economic incentive package signed by President Trump to prevent the economic collapse caused by the coronavirus outbreak.

While this is going down in history as the largest economic aid plan the congress has ever accepted, direct payments to Americans are expected within three weeks.

TikTok Surpasses YouTube in Average Time Spent By Users On The...