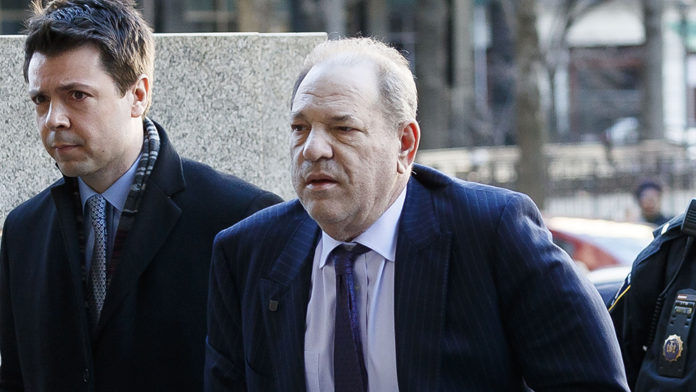 US movie maker Harvey Weinstein, who was sentenced to 23 years in prison for rape and sexual harassment, was allegedly caught by Covid-19 in prison.

In the USA, New York coronavirus (Covid-19) stands out as the most common state.

Stating that 70 of them are uniformed police officers and 28 of them are civilian employees, Shea said that 3 people are currently hospitalized.

Local media reported that Weinstein was based on prison officials in New York, where 68-year-old Weinstein virus test was positive and quarantined in prison.

Half of Saturday’s tests are positive in New York
On the other hand, it was stated that half of the tests on Saturday were positive in the laboratory of Presbyterian Medical Center, which carried out Covid-19 tests in New York.

“This is a very high number,” Presbyterian Operations Chief Doctor Laura Forese said in the statement that they did 500 tests the day before and 250 of these tests were positive.

Forese also stressed that some people had to send it home even if a virus was suspected due to the lack of test kits.

In the USA, one of the countries where Covid-19 is most effective in the world, the balance sheet continues to get heavier with each passing day.

According to the latest data shared by Johns Hopkins University, which tracks the virus figures in the country, the number of cases reached 26,747 and the number of deaths 340.

At the last press conference, New York Governor Andrew Cuomo announced that the number of Covid-19 cases in the state increased to 15,168 and the number of dead to 114.

The USA ranks 4th after China, Italy and Spain in terms of Covid-19 cases.