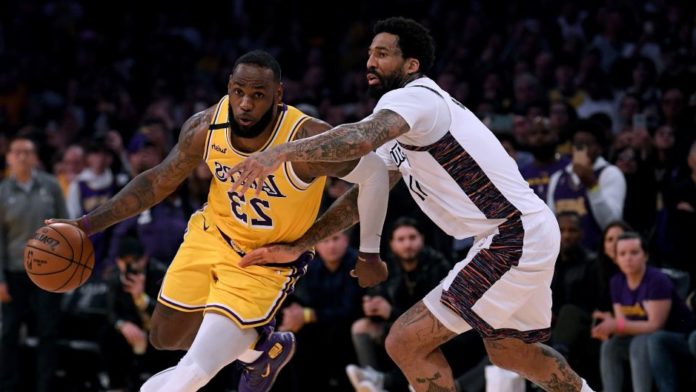 Coronavirus: Alert in LA, four Nets players infected, their last game was against Lakers. The four players are already isolated in quarantine and under medical treatment.

The Brooklyn Nets reported in a statement Tuesday that four of their players have tested positive for corononavirus , and one of them already had symptoms of COVID-19.

The four players, whose names have not been released in the statement , are already isolated in quarantine and under medical treatment.

The team said it is currently notifying anyone who has had contact with the players, including recent rivals they had before the league competition was suspended last Wednesday, it should be remembered that on March 10 they beat Lakers in Los Angeles.

They also reiterated that “the health of our players and our staff is a top priority for the organization and the team is doing everything in their power to ensure that those affected receive the best possible care . ”

The confirmation of these four new players who have tested positive for the coronavirus brings to seven the NBA professionals who are infected with COVID-19 .

His teammate, the guard Donovan Mitchell, was the second to test positive, which he announced last Thursday through social networks and last weekend, Christian Wood, of the Detroit Pistons , became the third NBA player who tested positive for coronavirus.