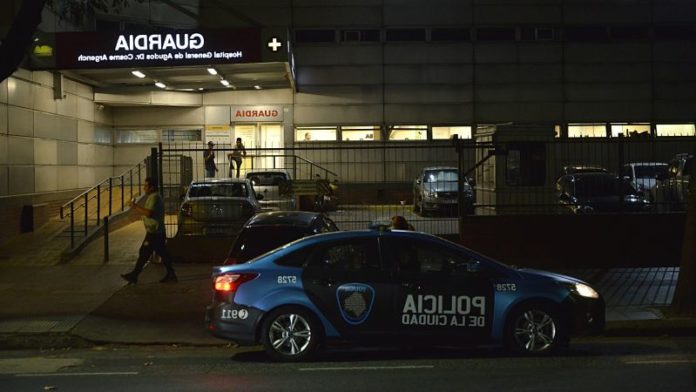 Coronavirus Alert: A delegate from the Argerich Hospital reported that they were “unprotected”. Guillermo Gómez died of Covid-19 in that hospital.

After knowing the first death by coronavirus in Argentina, the situation worsens when Eduardo Paredes, delegate of Sutecba at the Argerich Hospital , reported that the working personnel were not adequately protected and that the protocol was not complied with.

Guillermo Gomez died last Friday at the Argerich Hospital due to coronavirus and became the first deceased by this disease in our country. What aggravates the situation, is that Gomez was not on the list of sick patients.

That means that the State was unaware of its situation. In fact, confirmation of his diagnosis came after death. The hospital workers’ representative spoke with El Destape and criticized the lack of protection and isolation while Gomez was ill.

“We were very unprotected while Gomez was at the Argerich. The protocol was not activated from Thursday to Saturday, ” Paredes claimed .

In addition, the union leader denounced that the Government lied when he said that the protocol had been activated and added that the city government had determined that the patient admitted was not potentially infected with Coronavirus “because he came from France.”

In that sense, the delegate remarked: “We ask for greater human resources, materials to work and a protocol for the patient to enter without wandering around the hospital without protection.”

Finally, the leader said that “they were going to isolate 26 and we made a list of those who were in contact with him and there are 60”. “We are moving patients to other hospitals and we will continue to evacuate to close one of the therapies this week so that our colleagues work in that sector,” he explained.

See Also
BTS was invited to the campaign against the coronavirus

Brazilians are the ones who most want the vaccine

Adobe package for illustration: which programs to choose?