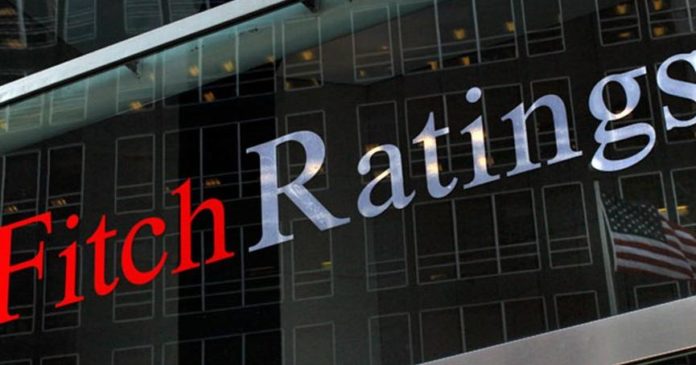 International credit rating agency Fitch Ratings cut the global growth forecast almost in half and pulled it from 2.5 percent to 1.3 percent, as the new type of coronavirus (Kovid-19) outbreak suppressed the global economy.

It is noted that the global recession is in question, and the basic global growth forecast is almost halved and reduced from 2.5 percent to 1.3 percent.

The statement said that the global economic size will be lower than the $ 850 billion level previously envisaged for this year.

BIG SHOCK TO THE CHINESE ECONOMY

It was underlined that the emergency macroeconomic policies are aimed at limiting the damages in the economy at this stage, and that the said policies should help recovery in the second half of 2020.

In the statement, it was pointed out that the shock in the Chinese economy is very serious, and the country’s gross domestic product (GDP) is likely to fall by more than 5 percent in the first quarter of this year compared to the previous quarter and 1 percent on an annual basis.

It was stated that the cases of Kovid-19 in China fell sharply, which would allow for a significant economic recovery in the second quarter of the year.

The statement said that the effects of disruptions in the supply chain and reduced demand for Chinese products will continue to be felt deeply, especially in the rest of Asia and the eurozone.

THE RISK OF STOPPING IN LARGE ECONOMIES

It was noted that the rapid spread of the virus outside of China caused sharp declines in the travel and tourism sectors and the cancellation of business and entertainment activities, and noted that the GDP of countries such as Italy, Spain, and France could significantly decrease in the coming months.

In the statement, it was stated that sudden stagnation was observed in all major economies with the spread of the epidemic in a short time.

Although the Chinese economy is expected to recover from the second quarter of the year, it was stated that the growth performance will drop by 3.7 percent this year, and the GDP of Italy and Spain is expected to decrease by 2 percent and 1 percent, respectively.

In Fitch’s statement, it was stated that global growth, which was 2.7 percent last year, is expected to drop to 1.3 percent this year, and this rate will be weaker than in the early 1990s and 2001, when the global economy deteriorated.

It was noted that the price of brent oil is expected to remain at an average of $ 41 per vari this year.

In the statement, it was expected that oil prices, which were previously estimated to be $ 60 for 2021, will be an average of $ 48 per barrel, as cooperation between the Organization of Petroleum Exporting Countries (OPEC) and some non-OPEC crude oil producers collapsed and expectations for oil supply increased.