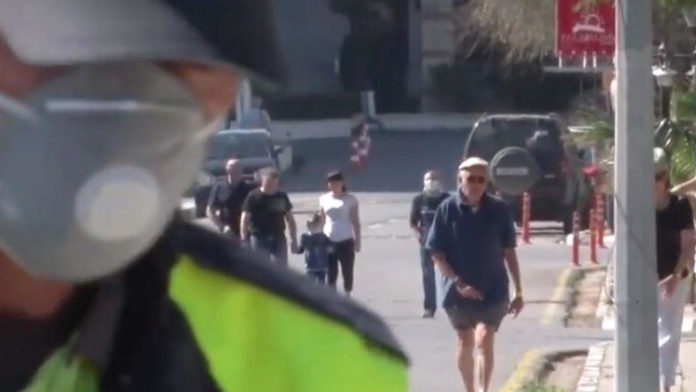 The first case of Corona virus in the Turkish Republic of Northern Cyprus caused the country to be vigilant. Officials, who holiday all schools across the country until Monday, gathered the Council of Ministers.

One of the countries in which Corona virus was transmitted in some way was the Turkish Republic of Northern Cyprus. In a statement made by the authorities recently, it was stated that a Corona virus was detected in a tourist and tens of tourists were quarantined. The TRNC administration, which was immediately vigilant against the Corona virus, convened the Council of Ministers extraordinarily.

The authorities, who immediately started the work to prevent the spread of the virus, have holidayed all universities, as well as all primary and secondary schools in TRNC until Monday. It was emphasized that the students who took a break from education should stay away from crowded areas, and it was emphasized that attention should be paid to personal care.

Statements on the subject were made by TRNC Health Minister Ali Pilli. Pilli announced that the Corona virus was detected in a test conducted by a 65-year-old German tourist who came to the country. Minister Pilli explained that 30 tourists in the same group along with the tourists with the Corona virus were quarantined and necessary investigations were started.

RED VELVET WILL BE PART OF SOUNDTRACK ‘TROLLS WORLD TOUR’

The mystery of the end of ‘Crash Landing On You’

Long discussions to include Steve in Smash Bros

BTS Could Have a New Game Of Chibi Version

Smoky vineyards and wineries in the Napa Valley