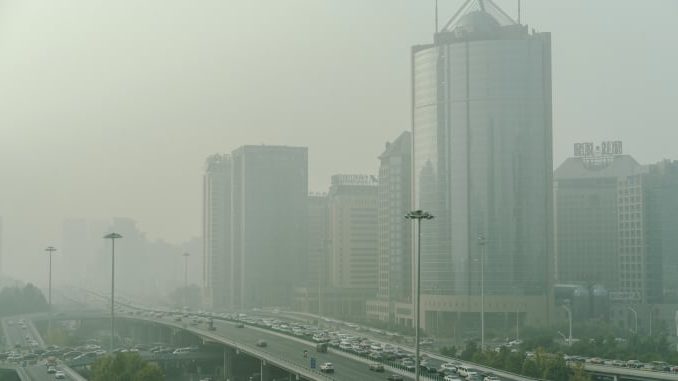 Corona virus, which has started to spread very quickly outside of China, is also causing serious damage to the world economy. However, these commercial damage caused by the virus brings a noticeable decrease in the level of air pollution.

The Corona virus, which originated in China and spread to different continents from Australia to Europe, caused serious damage to world trade. Many factories and offices had to close shutters, albeit temporarily. However, these events that damaged the economy paved the way for the reduction of air pollution.

In the statement made by NASA, it was stated that the images obtained from satellites showed a serious decrease in the pollution rate of air in China. Of course, what triggered this reduction of air pollution was the economic slowdown due to the Corona virus epidemic.

Rapid fall in air pollution rate
A sharp drop in the nitrogen dioxide ratio was shown in maps published by NASA. Scientists at NASA stated that the reduction in the level of nitrogen dioxide, a toxic gas emitted by motor vehicles and industrial facilities, began near Wuhan, the source of the outbreak, but later expanded gradually.

The space agency said that this reduction in air pollution level intersects with the quarantine of millions of people, along with the restriction on transportation and industrial activities. NASA air quality researcher Fei Liu said for the first time that she saw such a sharp drop in such a large area. Fei Liu stated that there was a decrease in the rate of pollution during the 2008 recession, but it was gradual at that time.

According to the official figures announced now, the number of cases caused by Corona virus has approached 87 thousand (86 thousand 997). The number of deaths caused by the virus is 2,979. The countries with the most fatal cases after China are Iran, Italy and South Korea.