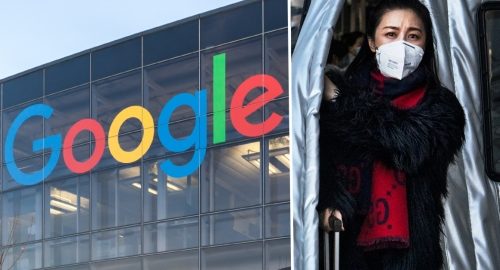 The Corona virus, which originated in China and spread to many countries, started to increase its effect in many places. Finally, it was announced that one of the Googlers got infected with the virus after coming from the company’s Zurich office.

The Corona virus, which erupted in China and spread to more than 50 countries, started to make itself felt better in many countries, especially in Europe. According to a report in Business Insider, the Corona virus of a Google employee was also found. According to the information in the news, the employee had been in the company’s Zurich office before he started showing the symptoms.

“We confirm that an employee of our Zurich office has been diagnosed with Corona virus,” Google told Business Insider. They had been in our Zurich office for a limited time before showing any symptoms. We have taken all precautionary measures and we will continue to take them. ”

Google is increasing measures
The search giant has also started to increase the measures it takes to protect its employees from disease. The company forbade its employees to travel to Iran and to the regions of Italy where COVID-19 is seen. Google will also restrict travel to South Korea and Japan from the beginning of March.

Google also issued various warnings to its employees in its offices in the Gulf region. The US technology giant reminded its employees that they should wash their hands and close their mouths. The company also announced that it has canceled the Google News Initiative Global Summit event due to the Corona virus outbreak.

Another event that the company canceled was the sales and marketing meeting that it will hold in Las Vegas in March. The event, which thousands of people from two continents will attend, has been canceled due to the Corona virus. In addition, it is said that the developer conference that Google will organize in mid-May can be canceled.

Premiere series and movies on Netflix, HBO, Movistar + and Prime...

A YouTuber Made Its Own Invisible Umbrella

Elon Musk Shared His Own Song on SoundCloud

Emmy will hold a virtual ceremony due to coronavirus