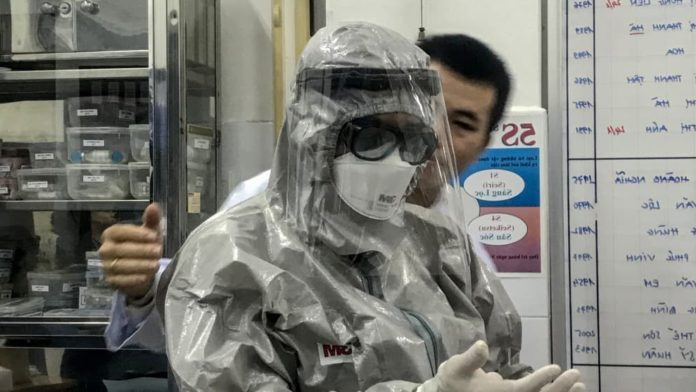 The Corona virus, which has been seen in 1,300 people since it broke out in Wuhan, China, took 41 lives and was seen in three more countries. Cases in Australia, France and Malaysia were quarantined.

The Corona virus, which appeared in Wuhan, China and has been seen in 1,300 people to date, killed 41 people. Despite all the measures taken to prevent the virus from spreading, the virus continues to spread without losing speed. The Corona virus was first seen in a country on the European continent.

While two cases of Corona viruses were seen in Paris, the capital of France, another case was seen in Bordeaux. In the statements made about the cases, it was stated that two out of three people belonged to the same family. It was learned that the 48-year-old case, which was quarantined at the hospital in Bordeaux, was in Wuhan.

The virus seen in Europe was also seen in Australia and Malaysia:
France was not the only place where the Corona virus has been seen lately. The virus was first seen on the Australian continent. Tests that the patient was quarantined at Melbourne hospital had a new type of coronavirus was positive. It was also mentioned that this person is located in Wuhan, China.

Another country where people with the Corona virus were seen was Malaysia. Malaysia’s health ministry said in a statement yesterday evening that three Chinese people who came to their country had a new type of coronavirus. It was also noted that these people had relationships with the patient in Singapore.

It was confirmed that one of the three cases in Malaysia was the wife of the 66-year-old case in Singapore. It was announced that the other two cases were descendants of these two and they were 2 and 11 years old. All three people were treated at the Sungai Buloh hospital in Selangor.

Malaysian Health Minister Dzulkefy Ahmad revealed a surprising truth in making statements about three cases. Ahmad said that all three people entering the country did not show any signs to the thermal cameras in Johor Baharu. So, these people had no signs of fever.

With all this, Corona virus has been seen in many parts of the world. While all those who died from the virus are among the cases in China, developments in other countries are also closely monitored. We hope that the deadly virus can be prevented before it spreads further.

NASA Presents New CubeSats That Will Be Part Of The Artemis...