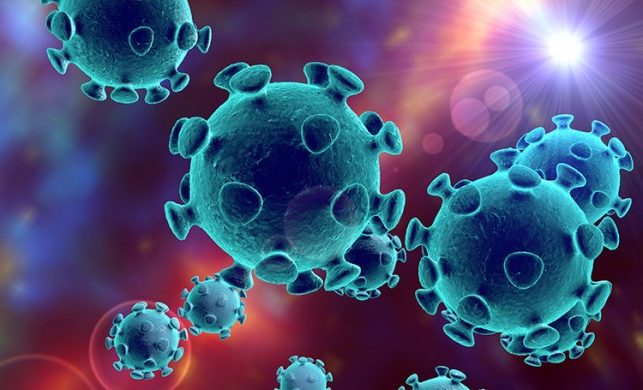 The deadly Corona virus, which originates and spreads in China, is transmitted almost equally to men and women, but the mortality rate in men is higher. Scientists think this is due to biological and lifestyle reasons.

Research is ongoing about the deadly Corona virus, which has emerged and spread in Wuhan, People’s Republic of China, causing 2,248 deaths so far. Statistics show that the Corona virus creates death threats in people of middle age and older, especially men.

The China Center for Disease Control and Prevention published analysis of Corona virus cases this week. According to statistics, the number of infected men and women is close to each other, while the mortality rate for men due to the virus is 2.8% and the death rate for women is 1.7%. In the previous epidemics of SARS and MERS, men were also disproportionately affected than women.

Women’s immune systems are more advanced:
Although the number of infected women in Hong Kong was more than men in the SARS outbreak in 2003, the mortality rate in men was 50% higher. In the case of MERS, 32% of men who had the virus died, while this rate was 25.8% for women. During the flu epidemic in 1918, the mortality rate among adult men was higher than women.

According to scientists, there may be several reasons why men are more affected by the recent outbreak. These include lifestyle differences as well as biological factors. Men are weaker when it comes to immunity to infections. Sabra Klein, an expert on viral infections and vaccine responses, says that this pattern works in virus-induced respiratory tract infections, and emphasizes that men face worse consequences. Klein said that a similar situation was experienced in other viruses; He states that women fight better.

Women also show stronger immune responses after vaccination and have rich immune memory. This protects against disease-causing germs as a child in our adulthood. However, it is stated that women are more prone to autoimmune diseases, such as joint inflammation or skin tuberculosis. About 80% of autoimmune diseases occur in women.

All this can be due to the double X chromosome:
It is not yet known why women have a more developed immune system. One of the explanations is that the woman is like this to gain an advantage in maintaining her own lineage. Women who send antibodies with breast milk to their baby while they are breastfeeding also help their baby’s immune system to improve.

In SARS experiments on mice, males were also more likely to be infected with the virus than females. This difference increases with age. Although male mice are exposed to less virus, they give a lower immune response and clear the virus much more slowly. Male rats whose lungs are more damaged die at higher rates.

50% of Chinese men smoke:
In female mice, mortality increased when estrogen was blocked or removed from the ovaries. The result was unchanged when testosterone was interfered with in men.

Smoking is among the environmental factors that affect the disease more than men. With 316 million, China is the country with the largest population of smokers. 40% of worldwide tobacco consumption occurs in China, but besides 50% of men, the rate of smoking in women is just over 2%.

The incidence of Type 2 diabetes in Chinese men is higher than women and at the same time, there is a high risk of high blood pressure among women in Chinese men. These two conditions are among the factors that increase health risks caused by Corona virus. Again, the incidence of COPD is almost twice that of men.

On the other hand, experts think women are more active than men in China, as in the USA. The false ‘sense of security’ in men may be the reason for later admission to the hospital due to diseases caused by the Corona virus.

The CPF is approved for use as identification.