Home Science Who Is Corona Virus Most Affected? 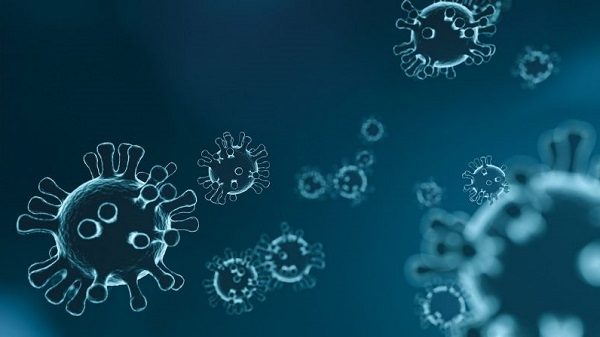 Statistics published by Chinese officials show that the deadly Corona virus affects the elderly and those with another illness the most. Although the mystery of the virus has not been resolved yet, the mortality rate especially among those with heart and diabetes is remarkable.

Scientific research is ongoing about the Corona virus (COVID-19), which originated in Wuhan, People’s Republic of China and spread all over the country and the world. Scientists are far from solving the mystery of the virus yet, but conclusions from case and death statistics provide important clues to combating the outbreak.

Data published on February 17 by the China Center for Disease Control and Prevention provides remarkable information on COVID-19 cases. In 14% of confirmed cases, the symptoms are ‘severe’, while severe pneumonia and shortness of breath are remarkable. In 5% of cases, patients faced respiratory failure, septic shock, and multiple organ failure. In total, 2.3% of confirmed cases had death.

Mortality increases in heart and diabetes:
Scientists are trying to understand why some groups show more severe signs of illness than others. According to data published on February 17, which included 45,000 confirmed cases, groups showing signs of severe disease after infection with COVID-19; the elderly and those who previously had another disease.

In the cases, less than 1% of patients who did not have another disease were reported to have died as 10.5% of patients with cardiovascular disease and 7.3% of patients with diabetes when they died. Again, the rate of death in chronic respiratory tract, high blood pressure and cancer patients is around 6%.

It is considered that the mortality rate in confirmed cases may be lower due to the undiagnosis in some cases, while the mortality rate in the elderly is 14.8%. It is said that in children aged between 0 and 9, there were no deaths, whereas relatively lower figures were observed among children.

Elderly and respiratory patients are in danger:
The increasing mortality rate as the age progresses shows that we are facing a different situation than the virus that caused the death of young people in the flu epidemic in 1918, for example. However, a similar trend was observed in outbreaks like SARS and MERS caused by different versions of COVID-19. Scientists stress that people with chronic respiratory diseases over the age of 50 to 60 can have ‘very bad’ consequences of getting infected with the Corona virus.

Scientists do not yet know what is happening in older groups of people. Studies in other respiratory viruses show that people’s immune system responses are important.

It is stated that an uncontrollable immune system response may occur in older people, which can lead to overproduction of immune cells and lead to a cytokine attack associated with the filling of immune cells into the lungs. For this reason, severe diseases such as pneumonia, shortness of breath, inflammation of the trachea can occur.

Mortality among men is higher than women:
Regional inflammations can turn into lung inflammation and from there to a disease in which all organs are affected. This can also occur when the virus produces itself faster than the immune system’s response. Nevertheless, there is no definite explanation for the death of young and healthy people due to the Corona virus. Genetic and environmental factors are thought to be effective in this situation.

Again, according to the same statistics, the mortality rate of men infected with COVID-19 is higher than that of women. This rate is 2.8% for men and 1.7% for women. In this discrepancy, social factors such as smoking rates as well as women’s biological immune systems are more likely to be developed.

On the other hand, it is unclear whether infected people will become immune to the Corona virus in the long term. In the observations made on SARS patients, it was found that the anti-virus antibodies in their bodies did not remain for a long time 5 or 10 years after getting rid of the disease. However, patients who are infected with Corona virus and recover afterwards are expected to be immunized against the virus in the short term, at least.

The flu-causing viruses target the upper respiratory tract, such as the nose and sinuses, to themselves. Species such as SARS, MERS and COVID-19 cause more severe diseases as they can reach the lungs. The death rate in the SARS outbreak in 2003 was 10%, while the death rate in the MERS outbreak between 2012 and 2019 was 23%.

Scientists Explain that SARS-CoV-2 Has Mutated Over 30 Times

The Vaccine Developed For Corona Virus Will Be Tested On Humans...