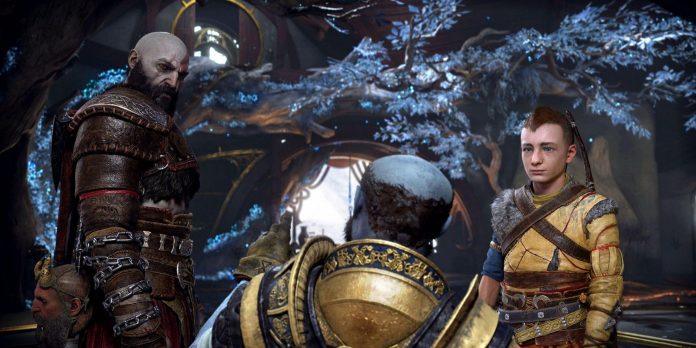 Recently, Cory Barlog has attracted a lot of unhealthy attention, including a really terrible harassment related to rumors about the announcement of the release date of God of War Ragnarok. Also, he is still working hard on God of War Ragnarok as he is the producer of the sequel. However, even under stress, Barlog is still a fan of video games and is looking forward to future releases of games, just like any other fan. His recent waiting target seems to be Bethesda’s Starfield.

In a tweet, Barlog shared his thoughts on Bethesda’s upcoming open-universe role-playing game. Barlog took his hype and told fans he was “freaking excited about Starfield.” He’s so excited that he even “takes a vacation when [Starfield] comes out.” Suffice to say, it’s safe to assume that Barlog is very excited about the release of Bethesda’s next major game, regardless of whether it will be released by a “competitor” or not.

The post from Barlog, admittedly, was provoked to a certain extent. Barlog did not publish his post that he was delighted with Starfield, he was responding to another tweet. The original tweet included a diagram comparing Google’s interest in the terms “God of War” and “Starfield.” Although there is already a bias towards the “God of War”, since this term is widely used not only in the game, trends have shown that Starfield is much lower than the general one. Barlog must have seen how stupid the tweet was and decided to disarm the console belligerent sentiment.

This, of course, does not mean that Barlog is not sincere in what he says. After spending years working on a new God of War game and facing endless harassment, Barlog probably wants nothing more than to take a vacation and play someone else’s cool game. This probably also goes well with the release of God of War Ragnarok, which means that Barlog may have the opportunity to rest for the first time in some time.

However, at the heart of the problem is not even a conversation about God of War or Starfield. Recently, Barlog has spent more time than he would like to fight harassment and toxic fans. This response is another form of this, given that the purpose of the original tweet was to encourage PlayStation fans to mock the Xbox game.

But while Barlog’s response may have been triggered by a toxic fandom, it also reflects what a healthy fandom looks like. Barlog is obviously a fan of video games, and it doesn’t matter if these games are made by his studio, another studio, or even his company’s biggest competitor. It’s about the love of games.