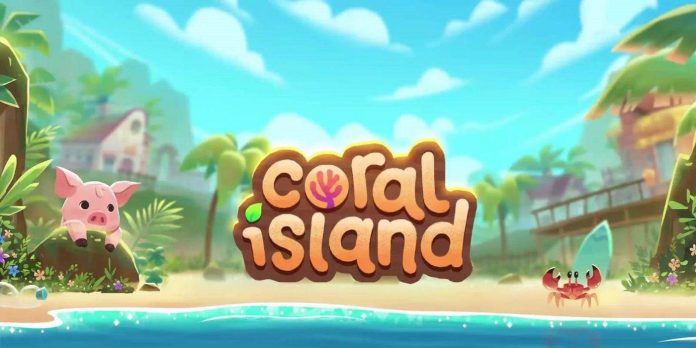 The long-awaited Coral Island simulator game has received an early access release date in a new game trailer. Coral Island is being developed by Stairway Games and is to be published by Humble Games, the publishing arm of the company behind the well-known charity Humble Bundles. Coral Island strives to make a unique contribution to the simulator genre popularized by games such as Animal Crossing and Stardew Valley, and since its announcement has caused a great stir among fans of this genre.

Coral Island is a simulation game in an island setting where players will participate in many major events of this genre. Players can grow crops, breed animals, decorate houses, participate in city events and get to know the locals. Coral Island offers an ecological approach to the genre, as the waters around the island are polluted. Players must use a special underwater vacuum cleaner to clean the ocean floor, make friends with Merfolk and improve water quality. At the moment, the exact release date of the final version of Coral Island has not been announced.

However, IGN has released an exclusive Coral Island game trailer, announcing an early access release date. The new game trailer is short, lasts only 30 seconds, but gives viewers a little idea of what they can expect from the upcoming game. The trailer also shows small snippets of farming, socializing, and underwater gameplay, ending with an ominous teaser about a corporation called Pufferfish arriving on the island. Coral Island will be released in early access on October 11 this year.

Getting a specific release date for Coral Island will please many players, especially those who are fans of other simulation games such as Animal Crossing: New Horizons. Coral Island was launched on Kickstarter in February 2021, where it was fully funded in just 36 hours. Since then, the developers have released many updates about the alpha state of the game, causing particular excitement about the many colorful non-player characters that will become part of the game world after the release. Regular Twitter posts encourage fans to share fan art of Coral Island characters to meet, and the developer regularly holds art contests for the community.