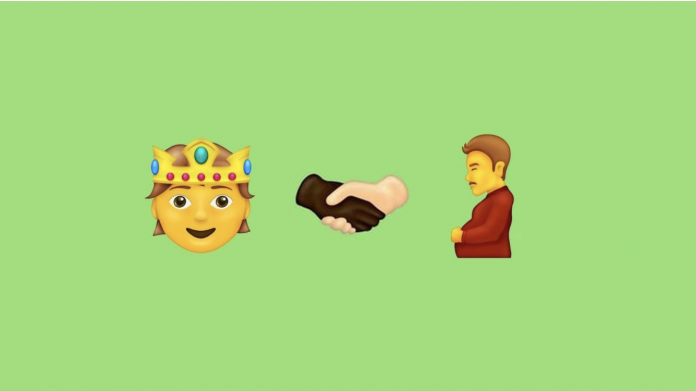 Two of the 37 emojis coming soon to devices have caused controversy in recent months. One of them is the pregnant male emoji. Here’s why…

The Unicode Consortium has approved 37 new emojis, including the ‘pregnant man’ emoji. In addition, the consortium has officially announced the Unicode 14.0 version, which will come with 112 different designs. These emojis include facial expressions, hand gestures, characters and various objects.

With the new emojis that will come with the Unicode version 14.0, the total number of emoji has increased to 3 thousand 633. However, it is not clear when the new version will come to devices.

What does the pregnant man emoji mean?

The two emojis, which are among the 37 new emojis, have been the subject of discussion for a while. Emojipedia, which voted in the Unicode Consortium, explained the reason for the ‘pregnant man’ and ‘pregnant person’ emojis. These emojis depict the pregnancy of some transgender men and non-binary people.

What does the pregnant man emoji mean?

Emojipedia said that men like Arnold Schwarzenegger in the 1994 movie ‘Junior’ get pregnant both in real life and in fiction. Meanwhile, users discussed the new emojis. In the posts on Twitter, some users said:

“On the one hand, I can count the number of people who want a pregnant male emoji. I don’t hate trans people, I just wonder who would use it?”

112 new emojis coming to phones in the next year https://t.co/IAahiILGA0 pic.twitter.com/saUJSBMvzz

“They told me they made a pregnant male emoji. I thought it was a joke.”

Someone told me they're making an emoji of a pregnant man. I thought it was a joke, only to discover that it really is to be released soon.

Of course, people supporting the arrival of the two new emojis also added their opinions. Also, Emojipedia’s emoji lexicographer Jane Solomon asks, “Why is there a pregnant male emoji?” He wrote a blog post titled “New pregnancy options are available to be represented by trans men, non-binary people or women with short hair. Of course, the use of these emojis is not limited to these groups.” she said.

Solomon added that this emoji could also represent a man (or person) with a belly. Meanwhile, Emojipedia published a proposal to add ‘pregnant man’ and ‘pregnant person’ to Unicode’s library in 2019.

7 series similar to Behind Your Eyes for fans of dark...