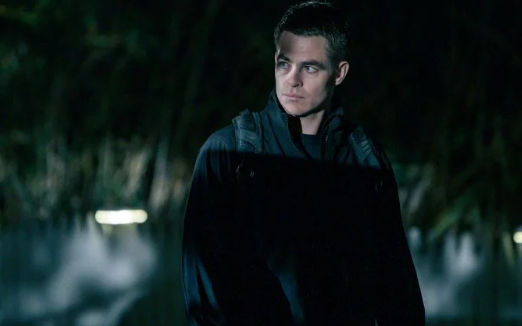 Pine does a lot of hard work to carry the burden of resonant and emotional performance that fills in the gaps in the script.

Reunited with his partner in the film “Hell or High Water” Ben Foster, Chris Pine leads a solid action movie about the dark underside of serving his country. The contractor seeks to tell the story of one man’s desperate attempts to do the right thing by his family after failing inept institutions that supposedly care for veterans. Just as “Hell or High Water” was a searing look at government and institutional failures that lead people to desperate measures, “Contractor” is a similar story that sheds a bright light on the unpatriotic nature of military service. However, despite the fact that this film advertises the main characters of “Hell or High Water”, it is not so well played and not so generous with character development.

The contractor, formerly called Violence of Action, is on paper a Liam Neeson movie. The title even recalls the recent series of action movies in which Neeson starred, where he plays a man with a certain set of skills who was offended and thirsty for blood. Nevertheless, Pine is a damn good lead actor who gives his rather lazily drawn character depth and nuances. Much has been said about the dazzling blue eyes of this man, but there is also a large share of talent in them, giving us a deeper understanding of the pathos of his character.

The contractor follows James (Pine), a medical sergeant who, after a long effort to get back to work after a knee injury, was ignominiously fired. Having no job and a lot of bills, he turns to his army buddy Mike (Foster) for help. Mike introduces James to a special forces team specializing in super-shadow operations, presumably sanctioned by the president himself. This tribe of veterans forms a unit that performs a number of missions, from intelligence to assassinations of terrorist suspects. Of course, any discerning viewer can see that this is not an honorable job, but James took the bait. This film is in many ways the complete opposite of such films as “Zero Dark Thirty” or “13 hours”. This is not a pro-military work of art, which is clear from the first scenes, when the audience sees a gloomy contrast between what is said about those who serve and how they are treated — as expendable weapons that are only suitable for killing, not for killing. much more.

Tariq Saleh’s direction is precise and brutal, but he has little talent to substantiate the message of J. P. Davis’ script. In general, there is very little pleasure — rather, the experience is nauseating. The contractor is a white—knuckle ride that gets more and more dizzyingly depressing as it goes on. Here are all the fragments of a deeply poignant story about the tragedy of a soldier, a weapon of a powerful government. However, when the film comes to an end, all that is felt is fatigue and very little sympathy for our main character. The emotionally intense third act, in which there is a scene where Pine plays the main role, seems to have been delayed for a long time.

Not surprisingly, this script attracted the attention of Basil Ivanik and Erica Lee, the first of whom was the producer of the films “Sicario” and “The City”. The Contractor has a clear message about what it means to serve your country, especially the United States. There is also a layer concerning James’ traumatic upbringing with a military father who chose to be a patriot rather than meet his son’s needs. It’s hard to see how the film is falling apart, but it’s worth noting that the internal struggle inside James is only partially represented. Pine does a lot of hard work to carry the burden of resonant and emotional performance that fills in the gaps in the script.

The contractor is an unsatisfactory picture stuck between two missions. Mission one: to tell an open and honest story about the horrors of military service, private contracts and the dehumanization of soldiers during and after active service. Mission two: be a standard action movie about a person who has been offended. There is a way to combine these two elements together to make a thought-provoking film that also quenches the insatiable thirst for watching a cool movie, but the “Contractor” does not succeed. Despite Chris Pine’s best efforts, the film failed to reach his level of commitment and emotional resonance.

Animal Crossing has been named the best selling property!