Polkadot (DOT) has more than doubled in value, despite only 8 days after its launch. According to Spartan Black, one of Asia’s leading cryptocurrency funds, this is just the beginning.

Polkadot (DOT), which was launched last week, managed to increase its value from $ 2.5 to $ 6.75 in less than a week. According to many experts, the rise of DOT will continue after exceeding the $ 6.50 threshold, which is the support zone. According to Spartan Black, a major crypto fund based in Asia, DOT can be among the 3 most valuable cryptocurrencies in terms of market value. The top three in the current list are; It shares Bitcoin (BTC), Ethereum (ETH) and Tether (USDT). DOT is now in 5th place.

During the first days of the DOT, Kelvin Koh from Spartan Black made statements that the altcoin would easily reach $ 5. Koh, who made another prediction after this, also suggested that Polkadot will be among the 3 most valuable cryptocurrencies.

According to Koh, Polkadot is not competing with Ethereum, the most important blockchain-based smart contract protocol, and a potential DOT rise should not cause a drop in ETH. Koh argues that if Polkadot continues to rise without racing with Ethereum, it can gain a firm foothold in the market. ETH is worth $ 43 million, while DOT is right after it, but it’s worth just $ 5.6 billion. According to Koh’s statements, the most important feature that distinguishes protocols such as Polkadot and Cosmos (ATOM) from ETH is that they allow multiple blockchain networks. For this reason, Koh argues that DOT or ATOM will not replace Ethereum. 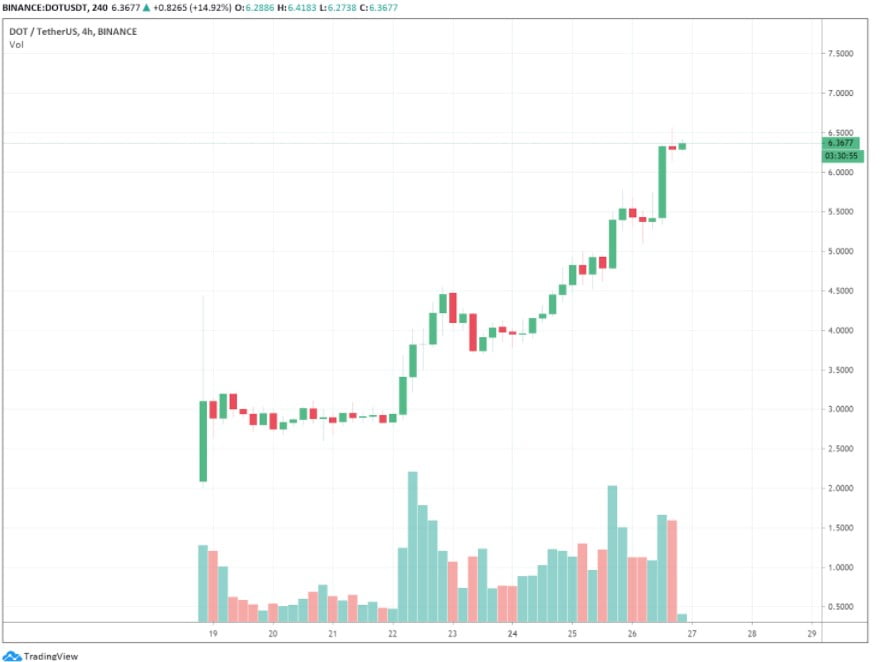 What is Polkadot (DOT)?

Polkadot is seen as a rebranding of the old ICO token New Dot. The DOT token began trading on many exchanges, including Binance, on August 19, 2020. It didn’t take long for it to go from the exit price of $ 3 to $ 6.50.

Polkadot was designed by Gavin Wood in 2016 and played a key role in Ethereum’s Parity Technologies and programming language. Behind this rapid development of Polkadot is a solid technological structure. At the same time, Polkadot has one of the most well-equipped developers for smart contracts. The development of DOT, which is already known to host nearly 200 projects in its ecosystem, does not seem to stop.

Control will be updated for PS5 only if we buy Ultimate