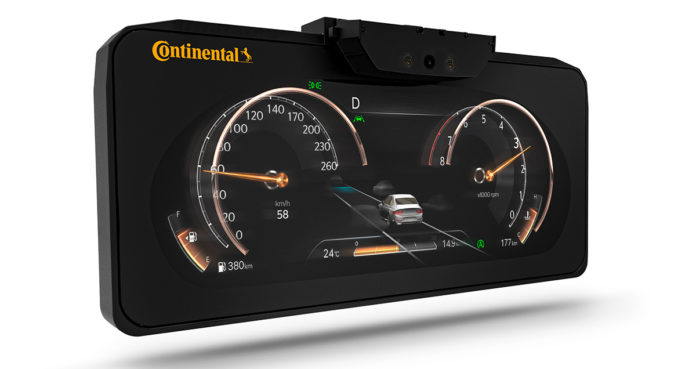 Continental has designed a special dashboard for the luxury SUV Genesis GV80. The new technology developed by Continental has been launched as the world’s first 3D instrument panel.

Continental has developed a new technology that will radically change the instrument cluster technology of vehicles. The dashboard developed for the luxury SUV Genesis GV80 is the world’s first 3D dashboard.

What makes the 3D display technology developed by Continental unique is autostereoscopic 3D technology, called glass-free 3D technology. Thanks to this technology, you do not have to use additional glasses to view 3D images.

Continental used a technology called parallax barrier so that the 3D display screen can be used without glasses. Thanks to this technology, the images that go to the eyes of the user separately form a single 3D image.

The 3D display screen developed by Continental works with an internal camera. The interior camera precisely tracks the position of the driver’s head. In this way, 3D image projection is adjusted according to the ideal viewing angle. The interior camera also has an attention detection feature so that the driver does not waste too much time to focus on the screen.