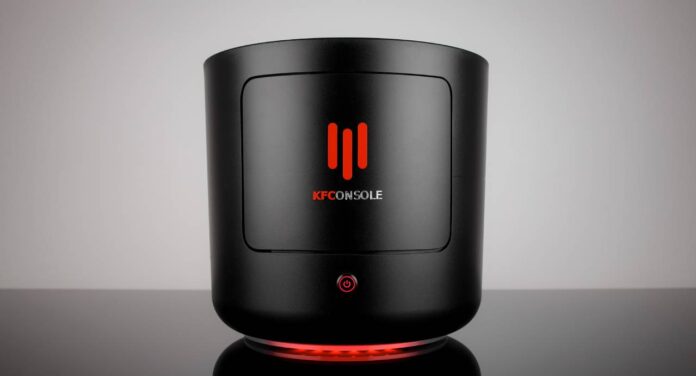 KFConsole, considered a joke by many, was confirmed today by Mark Walton, who works in Intel’s PR department. KFC, one of the leading companies in the food industry, is preparing to introduce the KFConsole game console, which was introduced in June and attracted attention with its features.

Images shared on the company’s official Twitter account in June were on the agenda. Mark Walton, a member of the Intel PR team, confirmed that KFConsole will be released with a statement he made on his Twitter account.

The statement said, “KFConsole is produced from the fire of KFC ovens and was built in an innovative way by Cooler Master. The device, which can offer 4K / 240 FPS game enjoyment, has a chicken heating chamber that is not included in its competitors. Users will be able to enjoy games without cooling their food. “Expressions were used.

Thanks to the natural heat and air flow in the system, the patented reservoir that keeps the chickens warm seems to meet the needs of the players. Built on Intel Nuc 9, the console will always stay up to date thanks to the switchable graphics card.

It is not yet known how the console will be released and the Nuc 9 model with Intel i9-9980HK processor, up to 64 GB RAM support, 2nd generation USB 3.1 and M2 SSD slot.