Home Sport Conor McGregor announces the return to the ring in January 2020 in... 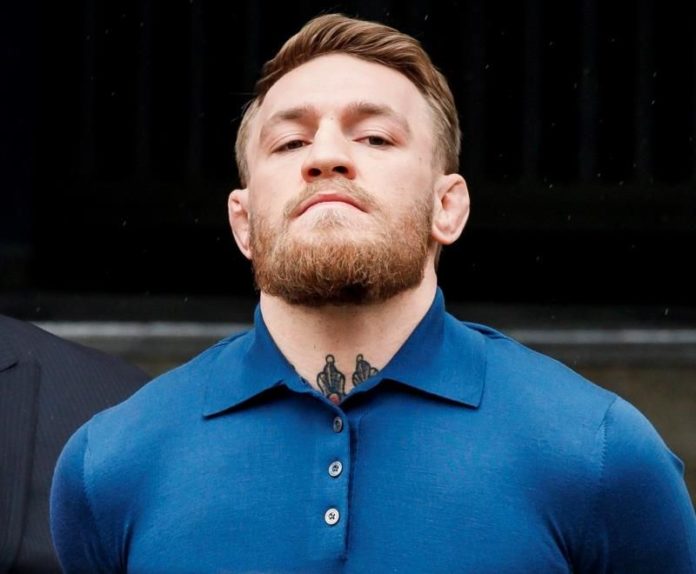 The Irishman Conor McGregor announced today his expected return to the ring on January 18, 2020 in Las Vegas, after which he expressed his desire to dispute a rematch in Moscow before the Russian fighter Khabib Nurmagomédov.

“I will return on January 18, 2020! The fight will be held in Las Vegas. I am not at all interested in who my next opponent will be. I will destroy anyone who gets in my way,” McGregor told a news conference.

McGregor’s rival should be the winner of the duel he will face Jorge Masvidal and Nate Díaz on November 2 at Madison Square Garden.

The Irish fighter, who had been sanctioned for six months for the pitched battle he starred against the Russian in the Ultimate Fighting Championship (UFC) and was later arrested in Florida for armed robbery, had announced his withdrawal last March through Twitter social network.

“I want to fight here in Russia. People expect a second duel between us (McGregor and Nurmagomedov) and it will be celebrated. Honestly, I hate Khabib!”

Although he did not rule out a fight in an octagon of the Russian capital against Toni Ferguson, since he said that the Russian is afraid of him.

“Khabib is a coward, he is always losing weight. People are waiting for this fight. His father is waiting for him, but not him. He wants to fight with someone he has never fought, because he does not like risks and therefore cannot fight for a long time, “he said.

In addition, he doubted that Khabib is a Russian patriot, since when he wins he never flies the Russian tricolor, but his traditional colors of the North Korean republic of Dagestan.

“It will be a rematch. Last week he fled from a press conference (in Moscow). He goes in his nature. Provocation? I flew (to Moscow), he ran away. Typical daguestaní! But I’ll catch him!” .

In addition, in an attempt to win over the Russian fans, McGregor revealed that he had given the Russian president, Vladimir Putin, the first bottle of whiskey produced by the brand with his name during the last World Cup in Russia.

“Then I gave the bottle to the security guards to try it out. And only after they gave it to Putin,” he said.

Precisely, Putin met a year ago with Nurmagomedov to congratulate him on his “convincing” victory over the Irish in the fight for the lightweight title of mixed martial arts.

“I congratulate you. You achieved your great goal: you won in a dignified and convincing way,” said Putin, who told him not to jump back out of the ring to attack his rival’s team.

According to the Kremlin, Putin, a big fan of judo and sambo, watched the fight on television, which coincided with his 66th birthday.

The story of today’s press conference in Moscow was given by a security guard who snatched the microphone from a reporter when he asked McGregor a question about an alleged sexual assault of the fighter on a 20-year-old woman.