Some believe that a message from designer Hideo Kojima was in relation to the supposed ‘recall’ of the Maruchan soup market in Mexico.

Hideo Kojima is the creative mind behind Metal Gear Solid and Death Stranding. Despite his work schedule, he usually makes comments on his Twitter account, and a recent message from him gained relevance for… Maruchan?

What happens is that this designer published a couple of photos, accompanied by the message ‘yummy’ (delicious). It was from an instant soup of an uncertain brand, a fairly common dish not only in Japan but also in Mexico.

The fact is that there were no shortage of those who related this message to what is happening in this country. What happens is that recently the Profeco (Federal Consumer Prosecutor’s Office) revealed something that worried several people.

The head of said agency, Ricardo Sheffield, commented during an interview that the commercialization of at least two brands of these soups in the Mexican Republic will be prohibited.

All because according to an analysis by Profeco they are products that cause damage to health and have misleading advertising. When the information appeared, many immediately thought of Maruchan and the yellowishness of some sites did not take long to appear.

There are those who say that there were even panic purchases, since apart from consumers, many small stationary and street businesses sell prepared soups of this brand. It was precisely while the topic was invading Twitter that Hideo Kojima’s post appeared. The fact is that this creative has shown on other occasions that he is aware of some things that happen in Mexico.

For example, when he showed his fondness for the music of the Mexican singer Thalía. Or when Raiden appeared in a mariachi hat in Metal Gear Rising: Revengeance. But it is not clear if there really is any relationship.

And as for the Maruchan soup? Sheffield mentioned ‘yes, without a doubt. At least two products are going to be recalled, by the way, both imported. ‘

The problem in Mexico is that ‘maruchan’ is taken by many as synonymous with ‘instant soup’.

It is the same that happens with Kleenex, a brand that many people take to name any disposable tissue. The owner of the Profeco never said which soups will be recalled. 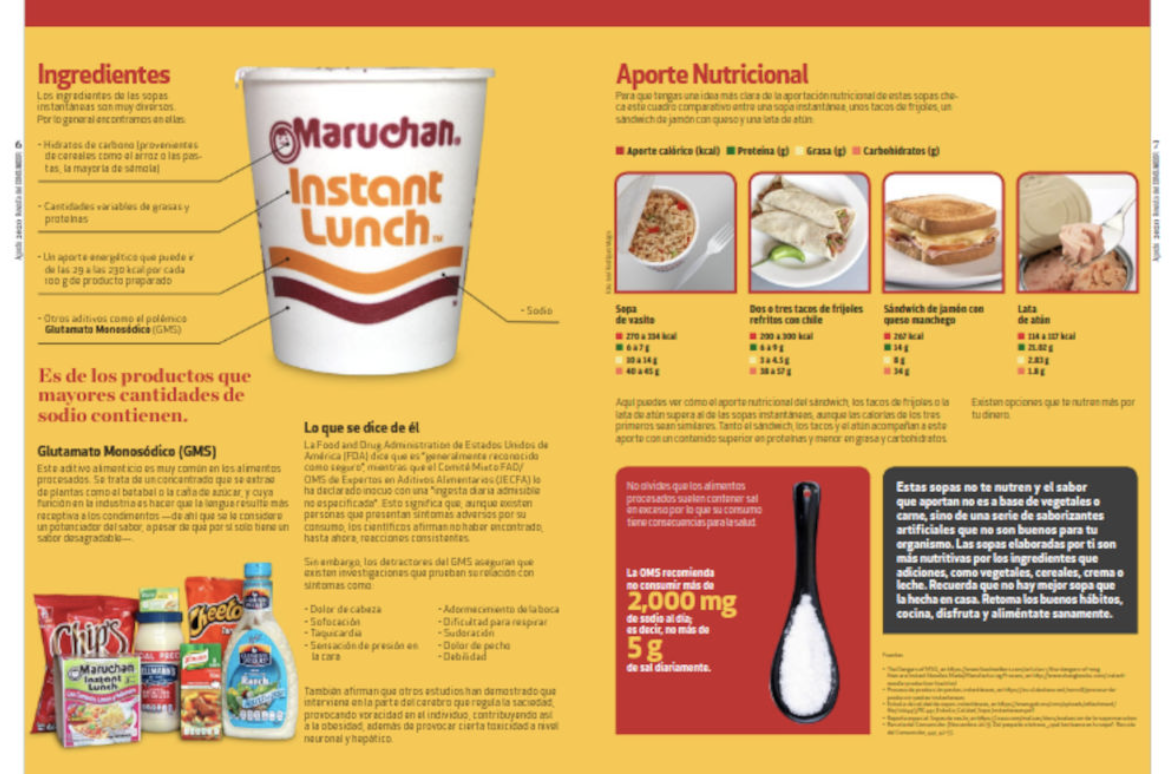 Some are taking as a basis a study published by Profeco in the August 2020 Consumer Magazine. There the risks of certain products were mentioned, such as Maruchan.

Although it is managed by a Japanese company, it is not imported: it is produced in Hermosillo, Sonora. It is doubtful that it is one of those Ricardo Sheffield refers to. And Hideo Kojima probably won’t consume it. In Japan there are many and very different!