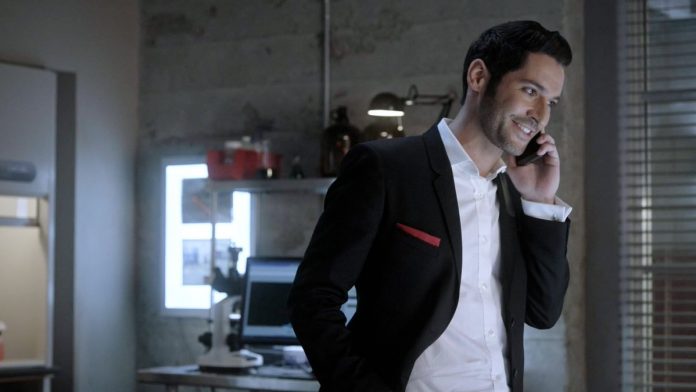 Netflix, delivered the first part of season 5 of Lucifer on August 21, 2020. With almost six months to go before the premiere, fans have not received at least one estimated return date for the diabolical drama.

All Lucifer fans know that in the following episodes the arrival of God will be crucial in the plot of the series. Some characters will not be very comfortable with the presence of the creator.

Recall that recently, the showrunner of the infernal series, Joe Henderson, released a clue saying that in season 5B a confrontation between Lucifer Morningstar (Tom Ellis) and Dan Espinoza (Kevin Alejandro) was about to come when the latter asks him a favor. to the lord of darkness.

Now, the same showrunner has just revealed that with the arrival of God in the following episodes, Ella (Aimee García), will be in a very difficult situation when she begins to go through a personal crisis by coming face to face with God himself.

In this sense, recalling the crisis of faith that Ella went through, the showrunner revealed that now a new problem will have to face. This Henderson explained to CBR:

And it is that apparently the new crisis of Ella Lopez will manifest itself when the conflict with God arises in season 5B of the Netflix drama Lucifer. He went on to explain Henderson:

“The ‘me’ and the faith are two things that can intervene more than we think. It is something that we will explore in the second part of the fifth season and it will lead to two conflicts ”.

See Also
How was Linda able to protect her job and career?

“She and God is a scene that could really happen.”

Matt Pokora shattered by the death of George Floyd

The truth behind Hawk’s hair color according to fans