Home News Conflict in Ukraine: Russia is trying to force Mariupol to surrender by... 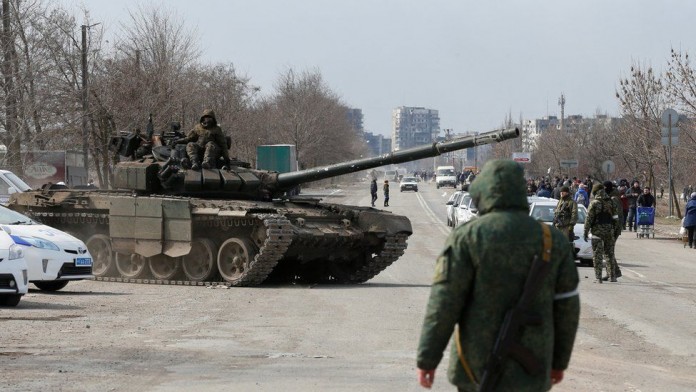 A Ukrainian MP has accused Russia of trying to force the besieged port city of Mariupol to surrender by starvation.

Dmitry Gurin spoke shortly after Ukraine rejected a deadline set by Russia requiring the defenders of Mariupol to lay down their arms in exchange for safe departure from the city.

Mariupol is a key strategic facility for the Russian military.

It is believed that about 300,000 people are trapped there, due to the fact that supplies are running low and aid is blocked.

According to Gurin, the surrender of Mariupol is out of the question.

Russian russians do not open humanitarian corridors, they do not allow humanitarian convoys into the city, and now we clearly see that the goal of the Russians is to start [creating] famine [in the city] to strengthen their position in the diplomatic process,” he said.

According to the proposal, which Ukraine had to accept before 05:00 Moscow time (02:00 Moscow time), Russian troops were to open safe corridors from Mariupol from 10:00 Moscow time, initially to disarm Ukrainian troops and “foreign mercenaries”. and leave the city.

According to the Russian forces, two hours after the completion of road clearance, they would allow humanitarian convoys with food, medicines and other items to safely enter the city.

But the deadline came and went.

If Russia captures Mariupol, it will help it create a land corridor between the eastern regions of Donetsk and Lugansk, controlled by pro-Russian separatists, and Crimea, which was annexed by Russia in 2014. However, so far the defenders of Mariupol have held firm.