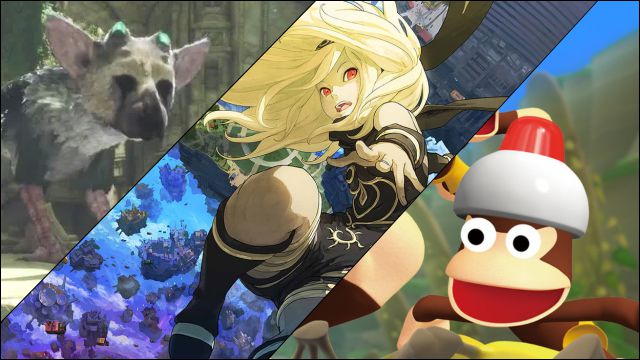 Sony offers a statement to inform of the internal restructuring of the team. Team ASOBI continues as Japan’s premier team.

Sony Interactive Entertainment has confirmed that PlayStation Studios Japan Studio (SIE Japan Studio) will be restructured according to recent journalistic reports that anticipated this approach to a creative dissolution of the team responsible for works such as Ape Escape, Gravity Rush or The Last Guardian.

A restructuring with the flavor of farewell

This statement, issued directly to IGN, clarifies what is happening with SIE Japan Studio and how the PlayStation Studios department will operate from Japan from now on, since most of its internal teams are distributed between North America and Europe.

“In an effort to strengthen our business operations, SIE can confirm that PlayStation Studios JAPAN Studio will be restructured into a new organization as of April 1” this year; that is, the first day of the next fiscal year 2021-22. “Japan Studios will focus on Team ASOBI, the creative team behind Astro’s Playroom, allowing the team to focus on a single vision and build on the popularity of Astro’s Playroom,” they expand.

It is intuited, according to these statements, that PlayStation Studios seeks to dedicate more resources to Team Asobi and, therefore, provide more human capital to the intellectual property of Astro, recently protagonist in the new iteration of the series included in all consoles PlayStation 5, Astro’s Playroom. In the past, Astro Bot: Rescue Mission was commissioned on PS VR to great acclaim from critics.

The note ends with the following: “In addition, the roles of external production, software localization and IP management of the JAPAN Studio titles will be concentrated within the global operations of PlayStation Studios.” Therefore, the outsourced commissions previously assumed by SIE Japan Studio will be distributed among its other teams from the rest of the globe. The Japanese studios of PlayStation Studios will be, as of April 1, 2021, Polyphony Digital (Gran Turismo) and Team ASOBI (Astro).

We are facing the end of SIE Japan Studio as we knew it.

In a recent meeting with Famitsu held this week, Jim Ryan, CEO of PlayStation, has stated that they will strengthen their relationships with Japanese studios and the ties that strengthen the PlayStation brand with Japan. He didn’t say how. “[…] Going forward we would like to strengthen cooperation and development of Japanese-made titles for PlayStation fans around the world.”

Sony’s other large internal companies, the ones with hundreds of workers and taking on projects of hundreds of millions of dollars, are Naughty Dog, Sony Santa Monica Studio, Bend Studio, Insomniac Games, Guerrilla Games, Sucker Punch or Media Molecule, among others; all western.

Every song about minions: The soundtrack to the film “The Rise...