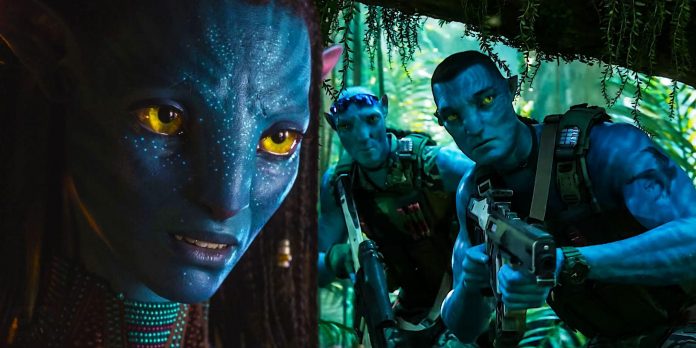 Details of “Avatar: The Way of Water” reveal the villains’ plan to regain what they lost in the first film. James Cameron’s “Avatar” was shown in theaters more than a decade ago and told the story of Jake Sully (Sam Worthington), a Marine with lower limb paralysis who replaces his deceased identical twin brother as the operator of a hybrid “avatar” Na’vi and human. Committed to the imperialist cause of humanity, Jake is drawn into the world of Pandora after falling in love with Princess Neytiri (Zoe Saldanha) and, in turn, with the local culture. In addition to Worthington and Saldanha, actors Sigourney Weaver, Stephen Lang and Giovanni Ribisi, as well as newcomers such as Kate Winslet, Vin Diesel, Edie Falco and Cliff Curtis will return in the long-awaited sequel “The Way of Water”.

The central conflict of the first film revolved around humanity’s desire to harvest Pandora for her precious metal, called unobtanium ($20 million per kilogram). With the help of the military, the RDA (Resource Development Administration) attempted to exploit/manipulate the Pandora Aborigines in order to better gain access to their natural mineral reserves. At the end of the film, the RDA seemed to be defeated, and all those who opposed the Na’vi’s claims to Pandora were sent home. In the sequel, RDA is back and stronger than ever.

In a recent interview with Empire, producer John Landau revealed that RDA now has Recoms, also known as Recombinants, avatars with memories of human soldiers. And Recoms is just the tip of the iceberg of RDA, which includes an armada and a new city in the Bridgehead, equipped with a weapons complex for 3D printing. This time they intend to deprive the resources of Pandora’s oceans. Read what Landau said below:

“They are returning with an armada to recover valuable property that they have lost… This is the RDA scale.”

In addition to an even more serious RDA, “The Way of Water” will feature the return of Colonel Miles Quaritch Stephen Lang. Despite his death at the end of the first film, the images showed that his consciousness was embedded in the body of the Na’vi Recom. Presumably, Quaritch will definitely surround himself with a lot of dogmatic soldiers who would rather die than become local. If the latter turns out to be false, it will be interesting to see how “The Way of Water” does not become an overblown paraphrase of the original Avatar plot, as more and more people support Na’vi. For some reason, the sequel trailers show that Jake, Neytiri and their family are going to live with the Metcaina tribe living on the coast, which is likely to suffer the most as a result of the latest actions of the RDA.

The fact that Jake and Neytiri are forced to leave the Omaticaya Avatar tribe implies some kind of conflict between different Na’vi tribes on Pandora. This would allow both humans and Na’vi to become antagonists in Avatar: The Way of Water. In the first film, Jake united the Pandora tribe against humanity, and it will be interesting to see why this may not be possible in the future. In addition to heroes and villains, viewers can’t wait to visit the underwater worlds of Pandora, filmed by Cameron using technologies that he created specifically for “The Way of Water” and its three sequels. Suffice it to say that the war for Pandora is just beginning with the Path of Water.

Keith Urban once paid John Mayer for an amplifier schematically, as...