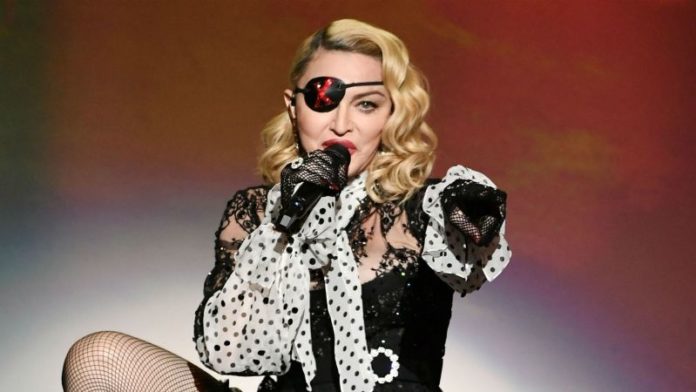 Last year on her tour of the city of Paris, Madonna suffered an accident and cannot yet recover. She is being seen walking on a cane and with a knee brace, due to her inability to use her weakened knee at one hundred percent.

The serious injury she suffered left her convalescent and there are many movements that the singer still cannot do.

This year on her tour “Madame X around the world” the queen of pop , was going to give a series of concerts in Paris but not everything went as planned.

It turns out that in her show last Thursday, the dancer also fell from a chair from where she was singing.

Madonna broke into tears, demonstrating that the pain in her knee was very strong, she could only get up when one of her dancers helped her.

Although last year the artist had stated that she had changed some elements of her shows, such as the shoes she wears and the choreography, it was not enough.

The 61-year-old singer , since she suffered the fall, is in a long struggle to recover, so she is being helped through alternative treatments, such as washing the blood with oxygen, which allows her to relieve the pain she suffers. It is also undergoing rehabilitation therapies of 6 hours a day.

Kenny Johnson, photo with the cast of the show