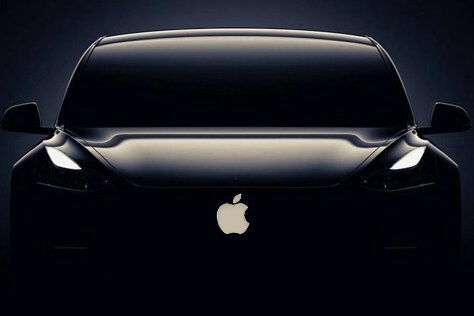 LetsGoDigital has created a concept design for Apple’s car under the claims. The concept design inspired by Apple’s “Magic Mouse” shows that the vehicle will have a structure with firm slopes. While the mess is so confused, the Apple front continues to remain silent.

The US-based technology giant Apple is currently on the agenda with the automobile project named “Project Titan”. In fact, the latest claims about the project, which have been known for years but cannot be verified, even if there is no development, reveal that the car Apple is working on may indeed be approaching.

The allegations about Apple’s car project were a mess. While the first name to make statements about the allegations was Elon Musk, social media users also did not miss their theological approach to this car. The latest move on Project Titan came from LetsGoDigital, which created concept designs mostly related to smartphones. Creating a concept design inspired by Apple’s mouse “Magic Mouse”, the team revealed how their car could look.

Apple’s car could have such a design here

The design team thinks that the car, which is said to be released by Apple, may have curvatures like the Magic Mouse. Also, according to the designers, Apple’s car will feature a glass roof that completely covers the car roof. According to LetsGoDigital, who estimates that there will be very thin headlights on both the front and rear, Apple’s car will have a futuristic structure.

Apple did not provide detailed information about the car project. However, according to the claims, this car will have an autonomous driving system. It is also working on Apple’s battery technology, which is odd for this car according to Elon Musk. Musk says they are also working on this technology, but are experiencing productivity problems. According to Musk, it is electrochemically impossible to bring the battery Apple is working on to the desired level.

See Also
According to reports, Apple will dominate the smart phone industry in 2020

According to the latest claims, the planned release date for Project Titan is 2024. However, sources say that the pandemic process may also affect the car, and Apple may postpone to 2025. It is currently unknown how long Apple will remain silent in such a confused state. Apple’s automobile project seems to be one of the most important items on the agenda in the coming period.

The video created for the concept design is as follows:

Apple Is Preparing For A Campaign That Will Give Consumers Up...