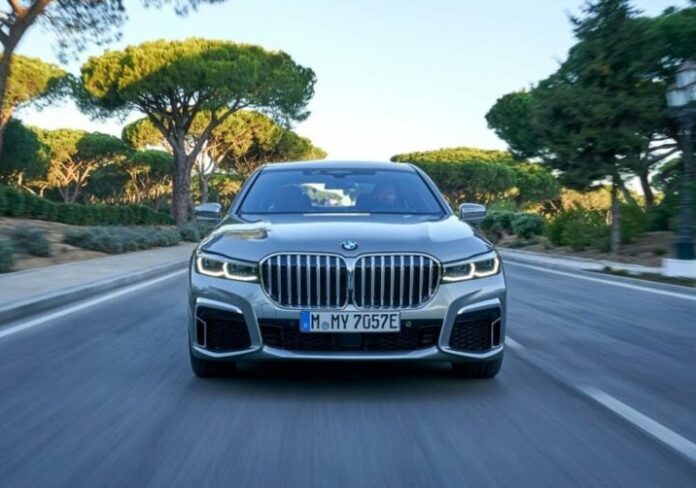 Concept images based on the spy photos of BMW’s new car, BMW 7 Series, which will take place in the upper segment, were shared.

Although many images of Mercedes-Benz’s brand new 2021 S-Class have been shared, so far we have only seen the new BMW 7 Series, which will be the rival of the 2021 S-Class, covered in camouflage in a few spy photos. However, Kolesa offers a preview of what the new BMW 7 Series will look like with the concept design images it has shared.

In fact, the images Kolesa shared were created taking into consideration the camouflaged photos of the 2021 BMW 7 Series. For this reason, we are not talking about a completely fictional car and if you are wondering how the new BMW 7 Series will look, we can say that the images below will be a good reference.

When we examine the shared images, we can easily say that we did not encounter a classic BMW design. First of all, the kidney grille design, which BMW has recently enlarged with each model, is smaller in the new 7 Series compared to the previous model. In addition, the LED headlights have a much thinner and unassuming appearance.

Kolesa’s BMW 7 Series concept gives the car a “square” look, as if it were a Rolls Royce. However, as mentioned above, this concept was prepared taking into account the spy photos of the 7 Series. Therefore, although the design is far from past BMW designs, it is not completely seamless.

There is currently very little information available about the new BMW 7 Series. However, the German automotive giant has confirmed that the most powerful model of the new 7 Series will be a fully electric car. This information revealed the possibility that the vehicle would be powered by a V8 engine instead of a V12.

Fortnite: where to find XP coins on the Battle Royale map?