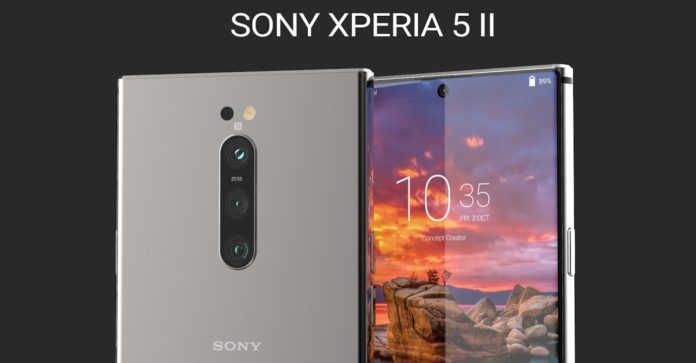 Concept design images of the new flagship Xperia 5 II, which is claimed to be working for a while, have been shared. The device, which draws attention with its 5.7 inch perforated screen, differs significantly from all other Xperia models in terms of its radical design.

Japanese technology giant Sony, which unveiled its new flagship Xperia 1 II along with the mid-range Xperia 10 II in February 2020, is allegedly working on another premium phone. The news indicates that the device in question has been Sony’s first true ‘Compact’ flagship phone since the Xperia XZ2 Compact launched in 2018.

There is no official statement from the Sony front yet about the model called the Xperia 5 II. Moreover, what we know about the device is very limited. LetsGoDigital, known for its concept studies of upcoming new devices, has signed a breathtaking design for the new flagship of the Japanese giant.

Sony’s new flagship, expected to arrive under the name Xperia 5 II, may have a radical design
Concept concept design does not follow the traditional design language Sony has adopted for years. In the published images, we see a frameless model with a perforated screen like the Samsung Galaxy S20 series.

As you may recall, the Japanese company’s latest flagship, the Xperia 1 II, had a much thinner form than previous models, but could not get rid of the top frame. If Sony abandons this belief and designs a device with a full-screen display as seen in the concept, it can lead to re-carding of cards in the market.

If we go back to the concept design; The Xperia 5 II features a triple rear camera setup, positioned vertically in the middle of its body. At the bottom of the phone, we see a 3.5mm headphone jack. Sony had brought this feature back with the Xperia 1 II. Therefore, it is quite possible to be on Xperia 5 II.

The Xperia 5 II is expected to have a 5.7-inch screen in 21: 9 format. This will make it the smallest premium Android device on the market. Of course, what is stated at this point does not go beyond speculation, but we anticipate that we will hear much more about Sony’s new flagship in the coming period.