TF International Securities analyst Ming-Chi-Kuo made explanations about 5 different iPhone models to be introduced this year. According to Kuo, Apple, which will introduce the iPhone 9 model this month, will be presented with 4 different iPhone 12 models in September. Let’s take a closer look at the iPhone with 4 cameras, which may be one of these designs.

A reliable source in Apple-related leaks thinks the U.S. firm has big plans for 2020. According to the allegations, Apple will introduce 5 different iPhone models in 2020, and will show the first of these devices, the iPhone 9, for the first time this month and list it at $ 399. The remaining 4 models will belong to the iPhone 12 series, which will be introduced in September.

Concept design that hints about the design of iPhone 12:
The smallest iPhone, which will be introduced this month and will be released next month, will be a continuation of the budget-friendly iPhone SE model introduced in 2016, but will have more advanced features such as the larger screen and A13 Bionic processor. The most important innovation that the device will bring will be the Touch ID button, which has become a thing of the past with the iPhone X.

If we come to the iPhone 12 and iPhone 12 Pro series, things are getting a little more exciting. At this point, the iPhone 12 series, which will be in the flagship class, will be the first iPhone design series that has received the first major design innovation after three years. The biggest innovation to phones seems to be the ToF sensors we frequently see on the Android front.

According to Kuo, iPhone 12 and iPhone 12 Pro phones will debut with a modernized version of Apple’s iconic iPhone 5 design. At this point, instead of the small screen of the iPhone 5, the larger and more advanced screens, the reduced notch and the renewed version of the camera design we know from the iPhone 11 series; we can come across these phones.

Over the past few weeks we have seen many different designs of the iPhone 12 series. At this point, we can state that these are merely claims, and it is difficult for now to say what kind of design and especially the phones will come, but Apple can gain the admiration of many people with an improved version of the iconic iPhone 5 design, because these phones are considered the best iPhone design by many. 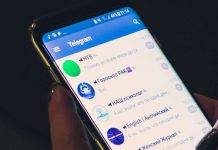