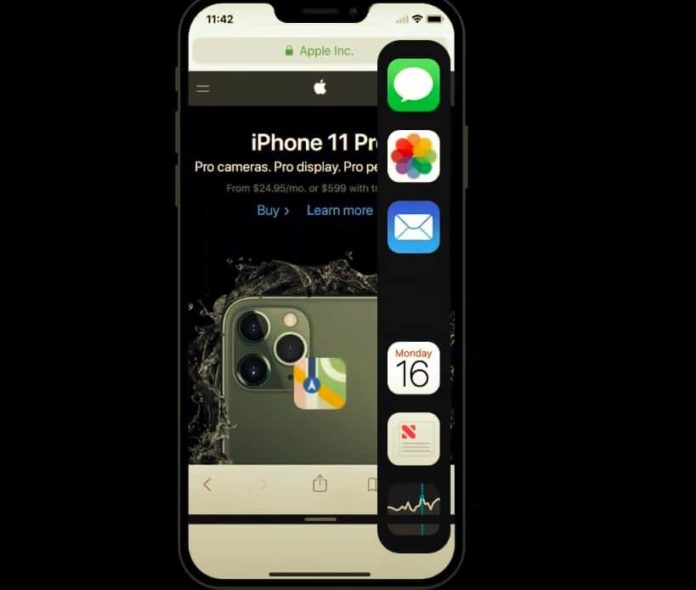 Apple isn’t a hasty company to add new features to its iOS devices. While Android manufacturers are trying to increase their user experience by adding new features, Apple focuses on refining existing features and making the operating system as error free as possible.

One of the examples we can give in this regard is the split screen feature. This feature started to be used on Android devices with Android Nougat about 4 years ago, but on the iOS side, there is still no such feature. A designer has also prepared a concept for how Apple will look if it uses this feature in future iOS versions.

In the video shared by Bondarev, we see that YouTube has opened the browser version. He then takes his YouTube video to full screen mode and then slides his finger from the right end to the left to open a menu. In this menu, it is seen that Apple Maps, App Store, Apple Music, Phone, Calendar and Safari applications are available.

However, even if we see that the Safari browser is displayed in the video on the right, the App Store window opens at the bottom, not the Safari window. It is not yet clear whether Bondarev did this deliberately or if there was a minor error in the concept.

Spotify will put you music according to your tone of voice