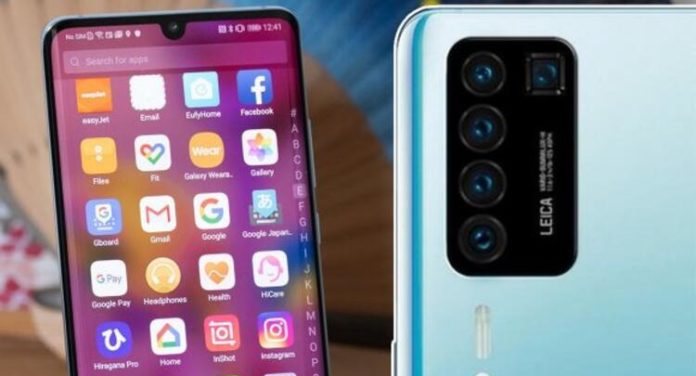 New rendered images have emerged, which are allegedly owned by Huawei’s upcoming flagship P40 Pro. Images that reflect the overall look of the phone from different angles reveal the 5-camera setup of the Huawei P40 Pro once again.

Chinese technology giant Huawei is now in silence. Because the company will bring its new flagship “P40” to consumers in March and it has been working on this phone for a while. To date, many different images have appeared about Huawei’s new flagship, but the latest shared images offer more precise lines for the P40 Pro.

Huawei will meet consumers with multiple models in the P40 series. The Huawei P40 will have a flat screen and triple camera setup, while the Huawei P40 Pro will be a powerful device in the competition in the smartphone market with its 5 camera setup and waterfall display.

Render visuals for Huawei P40 Pro
In the concept design image above, we can say that the screen of the device looks like a flat, but in fact there is a curved design. On the back of the phone, we can see that there is a 5 camera setup, and in this setup there is a 10x optical zoom sensor.

Huawei P40 series will meet with consumers shortly. Powered by the company’s newest processor, Kirin 990, the Huawei P40 Pro will also have 5G support. The phone, which is said to have a 5,000 mAh battery capacity, will have 50 watts of fast charging support. However, the Huawei P40 family, which will come with all these features, will unfortunately not be able to benefit from Google Services.

iOS 15 Will Not Be Mandatory and Apple Will Update iPhones...