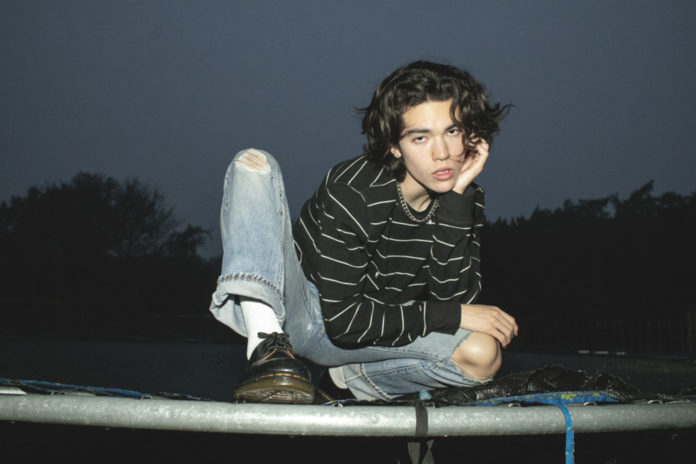 This is how Conan Gray reacted to the recognition of Taylor Swift. The singer had said how much he admires her, so this was a very special gesture for him.

The singer recently released his album titled ‘Kid Krow’ as well as the video for the song ‘Wish You Were Sober’. After this premiere, Conan Gray was surely in one of the happiest moments of his life, but his joy was about to increase.

World famous singer Taylor Swift shared a screenshot via her Instagram account, showing that she is listening to the song ‘Wish You Were Sober’, and added a caption where she said she was obsessed with that album and particularly with that song, which he referred to as a ‘masterpiece’.

Y’ALL I AM LITERALLY WEARING MY TAYLOR SHIRT RIGHT NOW I- https://t.co/AvfbOMGz3F pic.twitter.com/pZCMy5pCYP

Before this shoutout, Conan could not hide the emotion that was within him at that time, so he shared through a series of stories on Instagram and a video on Twitter his reaction to such an event . Also, I dedicate a tweet to Taylor, letting him know that she was an icon and an inspiration to him.

Conan’s sweet message has moved fans and Taylor fans alike, who have shared the way he reacted after his idol gave the go-ahead to the record material he just released.

Y’ALL. OH MY GOD.@taylorswift13 THANK YOU FOR BEING MY LIFELONG SONGWRITING INSPIRATION AND ICON.

THANK YOU FOR EVERYTHING. SWIFTY FOR LIFE. https://t.co/AvfbOMGz3F